Start Abfall Study from Malta: Citizens recycle even in the absence of economic incentives

Bristol, UK — A new study assessed a waste separation scheme in Malta, a Member State with traditionally low levels of recycling. Even though mixed waste was collected more frequently and for free, residents contributed to the voluntary recycling scheme, with participation increasing over time. The study evaluated such behaviour in Malta and provides useful insights for developing voluntary policy approaches.

In most EU Member States, communication campaigns and economic incentives have been key in motivating citizens to separate their waste, which is a pre-requisite for achieving high recycling rates. Like for example pay-as-you-throw schemes, such as the one in Treviso, Italy, where citizens who sort their waste pay lower waste fees. In those cases where pay-as-you-throw schemes cannot yet be introduced, voluntary participation is one way to get separate collection started. Waste separation is one of few areas where there is clear evidence of voluntary pro-environmental behaviour.

In 2007, Malta was generating among the highest quantities of municipal solid waste per capita in the EU and had the lowest recycling rates. Of an approximate 266,000 tonnes of municipal waste generated each year, less than 3,000 tonnes was separated, making improvements to waste separation (and thus recycling) a priority for the government. This study looked at a 2008 recycling scheme implemented by central government, a governmental body responsible for waste management and local councils.

The scheme was called „Recycle Tuesdays“ and involved the kerbside collection of waste for recycling containing paper, plastic and metal once a week and in specific bags. At the start of the scheme, one pack was made available free to all households, and further bags could be purchased at a fee of €1 for 10. At the same time, the standard method of waste management — collection of mixed waste at the kerbside — continued to be offered free of charge, more frequently (on an almost daily basis), and without any restrictions on the quantity disposed of or the type of bag used.

The researchers assessed the amount of separated waste collected from households under the scheme. In total they assessed 4,644 observations, relating to 54 localities over 86 weeks. They also evaluated a range of variables that could be linked to recycling rates, including income (estimated by the portion of the population receiving benefits), educational levels, number of tourists in an area and pro-government sentiment.

Despite the costs and inconvenience of the recycling scheme, within the first six months of operation it was generating 140 tonnes of separated waste for recycling every week — tripling past levels of voluntary recycling — and continued to rise slowly thereafter. There was considerable variation in uptake among the different localities in Malta, but, on average one in every three households was estimated to be leaving a bag out for collection each week.

A case of purely voluntary behaviour

This study describes an interesting case of purely voluntary pro-environmental behaviour, without any financial incentives and in the presence of a more convenient and cheaper alternative. The fact that residents contributed to the scheme, even though it was less convenient than the standard method of waste disposal, offers hope for other voluntary policy approaches.

The researchers discuss some factors that influenced recycling behaviour in this case. For example, they found that recycling rates were reduced in lower-income and more densely populated areas, as well as areas with high numbers of tourists per capita. Enabling policies — such as more frequent recycling waste collections, promotional effort and distribution of free bags — were associated with higher recycling rates. They also found higher recycling rates to be associated with pro-government sentiment, measured by the percentage of residents voting for the party in government.

The results generated by this study could be useful for policymakers aiming to generate voluntary participation, as they provide some useful insights on the motives for and barriers to participating in recycling. The results could be especially useful in cases where it is not possible to incentivise behaviour through taxation, or in low-income regions where budgets may not provide for subsidies. 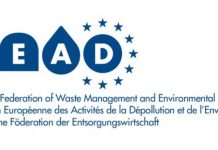 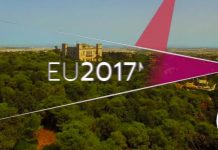 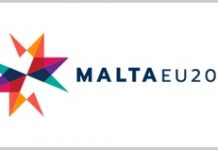