Amsterdam, The Netherlands — In the Netherlands, the sector of recycling car-related materials and end-of-life vehicles is already highly active. 200,000 end-of-life vehicles per year generate some 200 million kg of waste, a large proportion of which is already fed into a circular system. What remains, are 40 million kg of post-shredder waste, processed by ARN`s post shredder technology. Arie de Jong, Director of ARN, balances: „This entire system, supported by the recycling fee, means that 95 percent of the materials from end-of-life vehicles are usefully recovered.” But three challenges are worrying him for structurally hindering total sustainability.

The first of these consists of two elements: fake exports and illegal dismantling of cars that are deregistered for export purposes. A proportion of those vehicles are not actually exported, but instead are illegally dismantled. According to estimates, at least 1,000 traders are involved in these harmful activities, that affect some 30,000 to 40,000 vehicles every year. Secondly, there are less visual inspections and little information about the waste substances processed by non ARN-affiliated companies when it comes to the recycling of cars. The third challenge relates to the 100 or more metal dealers and 15 ‘breakers’ who chop cars rather than shredding them: Their processing results in waste substances that lead to serious environmental problems.

Various Dutch stakeholders including the dismantling companies, STIBA, the Government Road Transport Agency, the Tax and Customs Administration, the body responsible for tackling vehicle criminality, the Ministry of Infrastructure and the Environment and ARN have for some time been working to plug these ‘leakage flows’. However, they can only effectively tackle these issues if the entire chain takes its own responsibility, and joins the process. Director Arie de Jong therefore calls upon the automotive retail sector to also take its own environmental responsibility, and to join forces with ARN; after all, 50 percent of the vehicles supplied to the dismantling companies originate from the automotive retail chain. 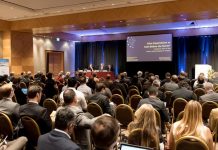