Eindhoven, The Netherlands — After an intensive period of exclusive negotiations, Van Gansewinkel and Shanks have signed an agreement which should enable both companies to merge. Van Gansewinkel will receive € 366 million in cash and 190 million Shanks shares, representing a 23.8 percent stake in the new combination. Based on the closing share price of Shanks on 28 September 2016, the total value to Van Gansewinkel is € 562 million.

Before the merger is final, a few matters still need to be concluded, such as the approval of the shareholders and the competition authorities. It is still the intention to finalize the merger process before the end of this year. The two largest lenders to Van Gansewinkel, funds and accounts managed or advised by Beach Point Capital Management LP and Cross Ocean Partners, have irrevocably committed to support and vote in favour of the merger. Their combined interest in Van Gansewinkel amounts to approximately 41 percent.

After a successful refinancing in 2015, the process to sell Van Gansewinkel started at the beginning of 2016 following strong interest from the market in response to improved trading. This improvement in our performance has strengthened in the past few months. The transformation that Van Gansewinkel initiated in 2015 is thus clearly bearing fruit, culminating in the merger.

Marc Zwaaneveld, CEO of Van Gansewinkel: “In the past two years Van Gansewinkel has revitalised itself and has turned the corner, trading significantly ahead of budget and compared to management expectations earlier this year. This merger is a logical step forward for both Van Gansewinkel and Shanks. The activities and competencies of both businesses complement each other perfectly and provide a stable basis for further growth.“

And he went on: „I am therefore convinced that the new alliance has all the ingredients to be a very successful European leader in the waste management industry. We can accelerate the production of high-quality secondary raw materials from waste and make a significant contribution to the circular economy. After completion of the merger, the job of CFO Gert-Jan Antvelink and myself will be done. We will hand over our responsibilities to the Group Chief Executive and Group Finance Director of Shanks.“

For further details on the merger agreement Shanks has issued a separate press release, which can be found at shanksplc.com. 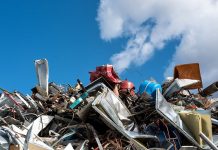 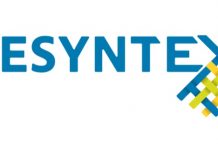