Wigan / London, UK — A Keep Britain Tidy initiative, supported by The Wrigley Company, has seen a massive 30 per cent reduction in the amount of rubbish on the streets. „Bin it for Good“ encourages people to do the right thing and put their rubbish in the bin while at the same time making money for local charities. The more rubbish that goes in the bin and the less litter that is thrown on the ground, the more money is given to good causes.

A pilot carried out successfully in five locations across England saw an average reduction of 30 per cent but, in Prudhoe town centre in Northumberland, the reduction in litter was 52 per cent. Councillor Ian Swithenbank, cabinet member for local services at Northumberland County Council, stated: “As a council we are dedicated to maintaining clean streets for all of our residents to enjoy and have a long running campaign. ‘Love Northumberland, Hate Litter’ helps us to encourage any activity which promotes cleanliness in the county. The ‚Bin it for Good‘ campaign is a great way to reinforce our campaign messages while supporting some fantastic charities.”

Attitudes to litter and littering changed

As well as cutting the amount of litter on the ground, „Bin it for Good“ also changes people’s attitudes to litter and littering. A survey carried out for Keep Britain Tidy as part of the pilot revealed that 71 per cent of people said „Bin it for Good“ made them want to put their litter in the bin and 50 per cent said that there was less litter on the ground as a result of the initiative.

Now, the pilot is being rolled out to another four places in the hopes that it can have the same, dramatic effect on litter levels there. For three months from today, bins in Nottingham, Haringey, Sutton and Kettering will be given a ‘charity bin’ facelift and each month charities will be given donations of up to £500, depending on how much more rubbish than usual is put in the bin. Charities that will benefit include Cransley Hospice in Kettering, Bulwell Forest Garden in Nottingham and Don’t Forget The Kids in Haringey.

A win-win for communities

Keep Britain Tidy Chief Executive Allison Ogden-Newton commented: “’Bin it for Good‘ is a win-win for communities. It cuts the amount of litter on the ground at the same time as supporting local charities. Thanks to support from Wrigley, we are delighted to be able to roll this out to another four places and look forward to seeing some more fantastic results.”

Mark Andrews, General Manager of Wrigley UK underlined: “After more than a decade of experience in supporting programmes to tackle litter it is clear to us that the challenge will only be solved through behaviour change, education and encouraging responsible disposal. ‚Bin it for Good‘ shows the huge potential in harnessing people’s support for local charities to change behaviour on litter and it is exciting to work with Keep Britain Tidy to refine the scheme so it can be used more widely.“

The full report on „Bin it for Good. Do people stop littering when incentivised by social good?“ can be downloaded under keepbritaintidy.org. 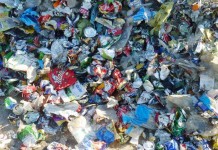