Brussels, Bristol — Around 50 percent of gold in used mobile phones is not recovered for future use, a new study finds. The researchers suggest that a global circular economy in mobile phones could be created by improving recycling of precious metals in phones in developing countries, as well as increasing the lifespan of phones and improving collection after use. These changes will reduce pressures on non-renewable resources and close ‘metal flow loops’.

In a circular economy, the aim is to reduce waste to a minimum and keep precious resources within a loop, that is, to keep them available for repeated reuse. Ways to keep materials in the loop include reusing, repairing, refurbishing and recycling products when they reach their end-of-life. Developing a circular economy is central to the EU’s plan for sustainable consumption and production and the basis of the EU Action Plan for the Circular Economy.

In the new study, partly funded by the European Commission, the researchers modelled the stocks and flows of gold (representing a phone’s valuable metal content) in the world’s mobile phones to assess how to reduce losses of gold from the loop and help contribute to a circular economy. Gold comprises around 80 percent of the economic worth of valuable metals in mobile phones and its recovery is the main economic driver for recycling phones.

For both industrialised and developing countries, the researchers calculated the cradle-to-grave flow of gold from raw material extraction through to end-of-life disposal, including reuse, refurbishment, remanufacture, recycling and waste treatment of phones.

Using data from other studies, the researchers used the model to develop a base case (business-as-usual in 2013) to identify where gold was ‘leaking’ from the system. They identified the potential drivers of this leakage using two indicators: loop leakage, which defines how much gold is leaving the system, indicating how closed the loop is; and loop efficiency, which determines how efficiently gold is used by the system.

They identified the four most influential drivers of an efficient closed-loop system as:

Other factors, such as the manufacturing cost, export cost, the functional use of refurbished phones compared with new phones and the price of metals, had surprisingly little influence on closing the loop or loop efficiency.

Ways to close the loop identified

Based on these results, the researchers identified ways to close the loop and decrease the pressures on gold resources. They modelled how the loop leakage could be minimised and the loop efficiency of the system maximised over the period 1994 to 2050. They found that the current (business-as-usual) case is unsustainable, with around a 50 percent leakage of gold (rising to 80 percent by 2050) and a resource efficiency of only around 35 percent (dropping to 16 percent by 2050).

To reduce resource demand and increase resource recoveries, the researchers suggest improving the collection of used phones. This may be achieved by requiring phone producers to include the life-cycle environmental costs and associated end-of-life management costs in their market costs by using, for example, Extended Producer Responsibility (EPR) schemes (which are an essential part of the EU’s ambition to create a Circular Economy). EPR requirements may also encourage phone producers to design phones that have a longer lifespan and which are easier to recycle.

Product service systems, which combine the production of phones with servicing of phones for consumers, can also create circular growth by increasing the reuse, refurbishing and recycling of used phones. The researchers also suggest that phones could be leased and markets could be created or encouraged for refurbished and second-hand phones. 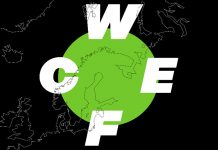 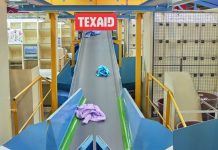