Cologne — Although the pure separation of black plastics is one of the main recycling tasks, most optical sorting machines are unable to handle it. To tackle this challenge, the Steinert Group, a specialist for magnet separation and sensor sorting, has launched the UniSort BlackEye on the market. This new optical sorting system enables recycling companies to produce purer granules that are so valuable that the investment in the device quickly pays off.

Recycling companies that produce mixed granules from purchased black polyethylene and polypropylene (PE/PP) currently pay a market price of about €200 per tonne, depending on the material’s polyolefin (PO) content. However, if they could concentrate the mixture into valuable fractions such as PE and PP they would be able to obtain a price of up to €900 for the granules. The problem is that the sensors of traditional optical sorting machines have to date been unable to distinguish the different types of black plastics from one another, because the soot used to blacken the plastic absorbs the visible and infrared wavelengths of electromagnetic radiation. “The UniSort BlackEye closes this gap and makes a pure separation of comminuted black components possible,” says Hendrik Beel, Managing Director at the Steinert Group. “The investment pays off quickly because it enables operators to produce pure and thus more valuable granules.”

HSI technology: Analysis software recognizes a plastic’s “fingerprint”
At the heart of all sorting systems is the detection unit, which is located above the conveyor belt and equipped with hyper spectral imaging (HSI) technology. The system works as follows: A source of light illuminates the plastic flakes on the conveyor belt, while a camera system analyses the reflected light. “The spectrum of this reflected light is missing certain frequencies that are characteristic of the different types of plastic. This means that each type of plastic has more or less its own ‘fingerprint’,” says Beel. “Using stored reference spectra, analysis software that was developed by the Steinert Group then recognizes whether an item is made of plastic, wood, glass, or paper, and whether it is a dark object.” One of the reasons why this analysis is especially reliable is due to the fact that the camera doesn’t scan the conveyor belt pixel by pixel. Instead, it simultaneously scans 320 pixels across the entire belt width, enabling even tiny variations in the NIR spectrum to be detected.

Efficient industrial application: one tonne of plastic flakes per hour
But what should the operator do if he wants to separate polyolefins such as polyethylene (PE) and polypropylene (PP) from one another? Or to sort other types of plastic such as polyvinyl chloride (PVC), polystyrene (PS) and polymers out of a mixture of materials?
In such cases, the software transmits the corresponding position data to the compressed air system installed at the end of the conveyor belt. Within a fraction of a second, it opens the appropriate high-speed valve so that a perfectly aimed blast of compressed air causes the targeted material to be ejected. Says Beel: “The UniSort BlackEye operates quickly enough to scan belts moving at up to four metres per second. During this time, it can scan about 35 million detection points or up to 5,000 objects. This makes it ideal for efficient industrial applications for crushed plastic parts measuring between 10 and 30 millimetres.” On average, the UniSort BlackEye has a throughput rate of one tonne of plastic flakes per hour.

Stabilising system ensures even higher detection precision
Steinert has also incorporated a stabilising system called Active Object Control (AOC) to ensure the plastic flakes stay quietly on the conveyor belt at such high speeds so that detection precision remains high. The AOC produces an airflow in the same direction and at the same speed as the conveyor belt. This airflow pushes the flakes flat on the belt and also keeps them in the flight parabola behind the belt. “That way, we are ensuring that the plastic parts hardly move after they are detected and that the position data remain unchanged for the ejection system,” says Beel. “It enables much higher belt speeds and thus higher throughput rates than with standard systems. This makes sorting even more efficient.”

Higher recycling rates
Flower pots aren’t the only things made from black plastics — the same materials are frequently used for technical products in particular. However, these products have, until now, been lost during recycling. Due to the high proportion of mineral filling materials they contain, lightweight polymers, for example, ended up in the sinking fraction, which removed them from the recycling process. The costly disposal of these polymers was thus inevitable.
The new Steinert sorting system, on the other hand, enables recycling companies to cut costs and increase their recycling rates by, for example, buying such sinking fractions from disposal firms. These fractions are then crushed into plastic flakes, which are washed and sorted, with the granules produced being sold to companies that turn them into new plastic products. That’s why materials recycling is becoming more and more important for industry and environmental protection.

UniSort Black as the preliminary stage to UniSort BlackEye
The sorting can be carried out at various stations along the recycling chain — at disposal companies and recycling firms alike. Steinert provides the right machines for this task. That’s why its product range includes the UniSort Black, a machine that has been used in Germany since 2014 in places such as sorting facilities for lightweight packaging from household goods (separated into “yellow bins” in Germany). This machine sorts dark and black objects as well as the other residual materials that the upstream technology misses because NIR systems cannot recognize them. It can reveal them as black objects within the waste stream and sort them out. “The UniSort BlackEye is the next logical step in this evolution of the sorting systems, because it can distinguish black plastics according to the categories PE, PP, PS and PVC,” says Beel. “We at Steinert will continue to work on developing innovative sensor technology for optimising processes in the value chain.”

Who wants to be convinced of the outcome of this supreme discipline is welcome on the Steinert booth on the K trade fair show 2016 (Hall 9, Booth B23). 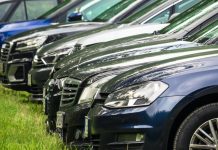 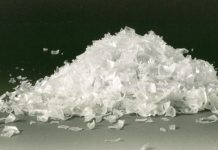