„Building on the momentum of a strong close to fiscal 2016, the 26 percent increase in Adjusted Ebitda excluding metal price lag reflects our heightened focus on manufacturing operations, driving productivity gains and asset efficiency while operating with a more complex, premium product portfolio,“ said Steve Fisher, President and Chief Executive Officer for Novelis. „In addition, we are better able to serve our customers, optimize our portfolio, and leverage our recycling capabilities as a result of the completion of our recent investment phase.“

Adjusted Ebitda for the first quarter of fiscal 2017 increased to $255 million from $127 million reported in the prior year period primarily as a result of a significant reduction in negative metal price lag and operational improvements. The impact of metal price lag has moderated in recent results due to reduced volatility in local market premiums over the past several months. Metal price lag in the first quarter of fiscal 2017 was negative $13 million, as compared to negative $85 million in the prior year.

Excluding metal price lag in both periods, Adjusted Ebitda increased 26 percent to $268 million. The increase was primarily driven by higher productivity and lower costs associated with the start-up of new automotive finishing and recycling capacity in the prior year. Favorable product mix shift, including a 15 percent increase in automotive sheet shipments to record levels, also contributed to this growth. Partially offsetting these gains was a two percent decline in total shipments of rolled aluminum products to 755 kilotonnes.

Net sales decreased thirteen percent to $2.3 billion for the first quarter of fiscal 2017. This was driven by lower average aluminum prices and local market premiums, as well as lower total shipments, which was partially offset by increased shipments of higher conversion premium products.

The company reported negative free cash flow of $146 million for the first quarter of fiscal 2017 as compared to negative $425 million in the first quarter of fiscal 2016. The $279 million improvement in free cash flow over the prior year was primarily a result of higher Adjusted EBITDA, better working capital management, and a reduction in capital expenditures to $44 million as compared to $129 million in the prior year period. 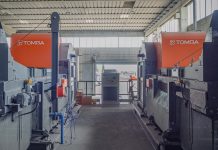 New life for recycled aluminium, thanks to Centro Rottami, Indinvest and Tomra 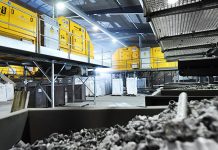 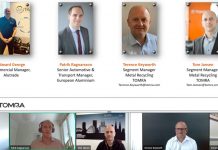