Vienna, Austria — The judging panel had an excellent selection of waste management communication promotions to assess in 2016. Thirteen communication initiatives were put forward from 11 different countries and the judging panel found it difficult to determine an overall winner from those put forward. The first three were separated by only a few points. The jury found that overall the communications campaign „Making waste reduction hip! Second-hand items at ‘48er-Tandler’“ run by Vienna`s MA 48 was the best of the 13 nominations put forward for the ISWA Communications Award in 2016.

To promote the reuse of pre-owned items, the City of Vienna set up a modern, attractive second-hand store in a central location which is advertised to the wider public with a number of communication measures. The focus of the campaign is deliberately not on waste reduction but on the individual value, unique character and attractiveness of the items, which are sold at affordable prices. Part of the communication concept was to involve as many people as possible from the very beginning to inform them, raise awareness and get them excited about the project. This included the employees of Municipal Department 48 – Waste Management (MA 48), political decision makers, various partners from the business community and other departments of the City of Vienna, as well as celebrities and the media.

The jury deemed this campaign the best project because of its strengths on all fundamental elements that make communication and social marketing plans effective. The judging panel was particularly impressed by the quality of planning, in which a clear strategy with detailed and measurable goals was outlined. 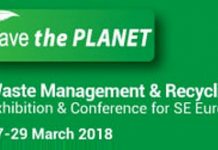 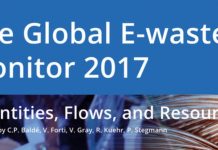