Paris, France — Veolia`s first half year results are showing continuing strong growth in line with the Group’s objectives for 2016. Lower energy prices negatively impacted revenue by -€106 million (-0.9 percent on revenue growth) and reduced construction activity (given progressive downsizing in the business) weighed on revenue in the amount of -€206 million (-1.7 percent). At constant exchange rates, and excluding construction revenue and energy prices, revenue in the first half of 2016 progressed 1.5 percent, mainly due to good commercial momentum (contract wins, good volumes, particularly in hazardous waste, and the commissioning of new assets).

Waste revenue in France slipped -1.6 percent. Despite the good level of incineration activities and landfill volumes and positive commercial impacts (particularly in the sorting and recovery of industrial waste), revenue was impacted by a drop in municipal collection volumes and a decrease in recycled material prices and volumes (plastic and ferrous and non-ferrous scrap metals).

The variation of Waste revenue was due to:

Antoine Frérot, the Group Chairman and CEO commented: „The results achieved during the first half are once again satisfactory. We continue to see the effects of our strict management, with savings above our projections. This results in a further increase in margins and an improvement in our performance indicators. Growth in revenue at constant exchange rate moved into positive ground in the second quarter. This was achieved through good commercial dynamism and the signature of some very significant contracts on our priority markets. … Our continued sales momentum and our cost reduction efforts mean we are able to confirm our targets for 2016 and be very confident about achieving our goals in 2018.“

The full report can be downloaded under veolia.com. 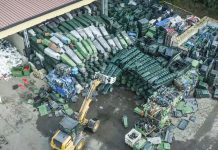 Recycling is for the bin – this is where the cycle begins 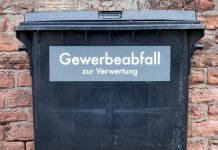 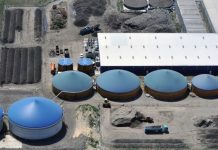