Start English Towards a consistent system: Scottish councils sign up to Recycling Charter

Edinburgh, Scotland — Households across Scotland will find it easier to recycle– thanks to local councils around the country committing to the Scottish Household Recycling Charter. The Charter, supported by a Code of Practice, sets out a number of key principles: a common approach to the design of services, operation of services, communication with residents, and common policies on issues such as contamination.

With half of Scottish 32 councils now signed up, the country has taken a significant step toward having one consistent recycling system. Environment Secretary Roseanna Cunningham is praising the 16 local authorities who have already signed up to the system, which is designed to simplify recycling across the country, making it easier for people to sort waste and improve the quality of the recycling.

The Household Recycling Charter was the key recommendation from the Zero Waste Taskforce, a joint initiative between Scottish Ministers and COSLA.

Roseanna Cunningham commented: “The Scottish Household Recycling Charter is one of the key elements at the heart of Scotland’s first circular economy strategy ‚Making Things Last‘, which we published in February this year. We want Scotland to make the most of its resources, and as more councils make this commitment, we should see Scottish householders recycling more, while producing a better quality of recyclate for reprocessing. The success so far is down to partnership working and I applaud the effort put in by COSLA and Inverclyde Council in particular, who’ve shown fantastic leadership. We’ve already made great progress since the Charter was launched in December, but we can do more and I heartily encourage other Scottish councils to sign up and help us take this next step towards a circular economy in Scotland.”

Stephen Hagan, COSLA Spokesperson for Development, Economy and Sustainability, underlined: “Councils are firmly committed to creating opportunities for job creation and economic development across our communities and we see this consistent approach to recycling services as being fundamental to the circular economy approach that can help to unlock the value inherent within our so-called ‚waste‘ streams. I look forward to working with the Scottish Government to fully implement the Charter and to realising its full potential.“ 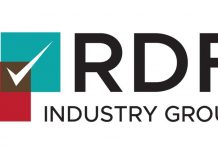 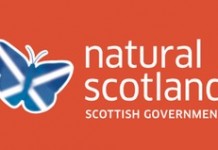