The „New Plastics Economy initiative“ has started with an inaugural workshop that brought together more than 40 leading companies including Amcor, Coca-Cola, DuPont, Indorama Ventures, L’Oréal, MARS, M&S, Natureworks, Novamont, Sealed Air, SUEZ, The Dow Chemical Company, Unilever, and Veolia, as well as front-running cities like Copenhagen and the London Waste and Recycling Board.

Building on the recommendations of the report The New Plastics Economy: Rethinking the future of plastics,  launched at the World Economic Forum annual meeting in Davos in January, the three-year initiative takes a concrete first step towards the design of a plastics system grounded in circular economy principles. The report, which attracted global media attention, arguably provides the first comprehensive view of the global plastic packaging value chain, highlighting its contributions but also revealing significant drawbacks. With material value loss running at $80-120 billion a year in the industry and negative environmental externalities costing at least $40 billion a year – a figure greater than the plastic packaging industry’s profit pool – the opportunity for the global economy of transforming the system is clear.

With an explicitly systemic and collaborative approach, the New Plastics Economy initiative aims to overcome the limitations of incremental improvements and fragmented initiatives that, over the last 40 years, have failed to move the needle.

„This new initiative is set up for three years, reflecting the scale of the challenge to mobilise over time a fundamental, system wide transformation. It seeks to create a shared sense of direction, to spark a new wave of innovation and to move the plastics value chain – starting with plastic packaging – into a positive spiral of value capture, stronger economics, and better environmental outcomes,“ says Ellen MacArthur, Founder of the Ellen MacArthur Foundation.

“The report demonstrates very clearly how bioplastics can help to deliver better economic and environmental outcomes by replacing fossil with bio-based feedstocks, while developing the many benefits of plastic packaging”, says Hasso von Pogrell, Managing Director of European Bioplastics. The report acknowledges that „feedstock from renewable sources helps decouple plastics production from finite fossil feedstocks and reduce the greenhouse gas footprint of plastic packaging […] and potentially act as a carbon sink throughout their life cycle.“

More information can be found under newplasticseconomy.org. 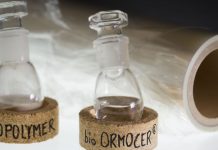 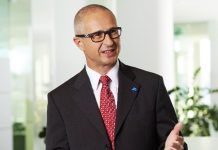