Banbury, UK — WRAP’s Gate Fees Report for 2015/16 shows that gate fees across a range of technologies have remained pretty stable with only modest changes. However, Material Recovery Facilities (MRFs) gate fees have increased, mainly as a result of changes in commodity markets and end market prices for recovered materials. WRAP calculated the median and range of gate fees for a number of waste treatment options, based on correspondence with local authorities and waste management companies.

Of the 122 councils surveyed that expressed an opinion, 98 (80 per cent) expect MRF gate fees to increase in the future. This expectation was based on market prices for sale of recovered materials and the quality of input material.

Gate fees for organics and composting remain on par with previous years. The median gate fee for Open Air Windrow (OAW) composting of green waste stays at £24 per tonne, also unchanged from the previous three surveys. The median In-Vessel Composting (IVC) gate fee for mixed food and green waste is slightly higher than last year, standing at £47 per tonne compared with £46 per tonne the previous two years. While the median charge paid by local authorities for collected household food waste treated at Anaerobic Digestion (AD) facilities stays at £40 per tonne. Although the median figure remains unchanged, recent market changes, particularly in England have meant that the overall range has expanded. For example, some local authorities have indicated AD gate fees as low as £0 per tonne, and the median gate fee for contracts signed in 2014 or 2015 is down to £25 per tonne.

The median fee paid for recycling and recovery of waste wood (all grades) collected at Household Waste Recycling Centres has remained the same as last year, at £35 per tonne. The median gate fee for treatment of waste at Mechanical Biological Treatment (MBT) facilities is slightly below that in the previous survey.

Energy from Waste facilities constructed before 2000 have seen a decrease in median gate fees. Gate fees have fallen to £58 per tonne, down from £73 per tonne. However, the difference appears to be due to differences in the sample response (i.e. local authorities reporting figures this year that did not report last year) rather than a move in the market. The median EfW gate fee for facilities constructed after 2000 is £95 per tonne, slightly down from £99 per tonne last year.

Detailled information can be found under wrap.org.uk. 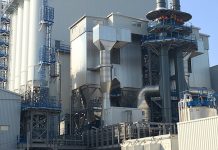 60 per cent: Reuse, recycling and composting rate in Wales doubles in a decade 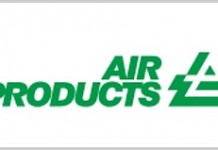