Brussels — In a written submission to the German Government, UN Special Rapporteur Baskut Tuncak has expressed serious concerns related to the substandard shipbreaking practices of German ship owners, in particular fatalities and toxic chemical exposure of workers and the local population. The Special Rapporteur on the implications for human rights of the environmentally sound management and disposal of hazardous substances and wastes has raised shipbreaking as one example where German companies face challenges to prevent harm caused by toxic and hazardous substances.

“German ship owners operate the world’s third largest merchant fleet (in terms of number of vessels), and have been linked to fatalities and toxic chemical exposure of workers and local populations including children, who dismantle end-of-life ships in deadly conditions. In 2014, German ship owners sold a record high 95 percent of their end-of-life tonnage for substandard breaking on the beaches of South Asia,” he writes.

The Special Rapporteur calls on the Government to ensure that companies reduce the use of hazardous substances and prevent double standards. Moreover, he calls on the German Government “to create the much needed incentives and frameworks for German businesses to foster a positive human rights record”. The Special Rapporteur undertook an official country visit to Germany late in 2015, where he met with key stakeholders on the National Action Plan on Business and Human Rights.

“We could not agree more with the Special Rapporteur’s conclusions. German ship owners need to take responsibility for sustainable recycling and stop the dumping of toxic end-of-life vessels via cash buyers in developing countries. When it comes to end-of-life management, human rights due diligence translates into the ship owners’ responsibility to prevent environmental pollution and the workers’ exposure to hazardous substances,” says Patrizia Heidegger, Executive Director of the NGO Shipbreaking Platform.

The NGO Shipbreaking Platform calls on the German Government to raise the issue with the shipping community and to address their unacceptable practices in the National Action Plan. In 2015 alone, 23 large commercial vessels from Germany ended up in substandard shipbreaking yards, making German ship owners the fifth biggest dumpers globally. Several German ships were broken down in Bangladesh where environmental pollution, hazardous waste dumping and working conditions are the worst: „Apart from Germany’s largest ship owner Hapag Lloyd, which has a progressive ship recycling policy, the rest of the ship-owning community has remained shamefully inactive with regards to finding sustainable and safe solutions to the issue.“ The Platform has been able to link fatal and severe accidents in Indian and Bangladeshi shipbreaking yards to the demolition of German vessels. 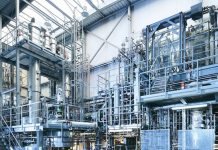