According to this agreement, EDF Development Environnement SA, a 100 percent subsidiary of EDF SA, will acquire Studsvik’s Waste Treatment business and facilities in Sweden and the UK. The scope of the transaction includes Studsvik’s waste treatment assets and facilities for metal recycling, incineration and pyrolysis situated at the Studsvik site, near Nykoping in Sweden, as well as the metal recycling facility near Workington in the UK.

As part of the transaction, EDF and Studsvik have also signed a cooperation agreement in the areas of nuclear decommissioning and waste management. This agreement will enable both companies to pool their expertise and to grow their activity in order to become benchmark operators in the sector.

Sylvain Granger, head of EDF Decommissioning and Radioactive Waste management Direction, commented: “By combining Socodei, its subsidiary for waste treatment situated in France, and Studsvik assets, EDF will be able to offer a wide range of services in waste management and nuclear plant decommissioning and to strengthen its presence in Europe on this growing market.”

EDF is expected to take over the operations on completion of the transaction when all necessary licenses and permits have been granted by the relevant authorities in relation to the Waste Treatment business to be acquired. Closing is expected during the third quarter of 2016. 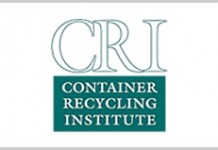