Brussels — Although Europeans are becoming increasingly aware of the importance of recycling food and drink packaging, older generations are more informed and committed than younger ones. According to a Europe-wide independent survey involving 8,000 European consumers in 11 countries and commissioned by the Friends of Glass community, over 94 percent of European consumers recycle their household packaging material and most see glass as the most recyclable option.

When categorized into age groups, older generations are generally more aware of the importance of environmental benefits of recycling food and drink packaging. Here the awareness gap is quite important in all countries. In Spain, there is an awareness difference between young/old of 27 percent. In Slovakia, this number is down to 20 percent. The 60+ age group also recycles practically all of their packaging (including glass bottles and jars) and generally outperforms the 18 to 29 age group. In some countries such as Croatia (23 percent) and the UK (22 percent) the gap is much higher than in other countries such as Czech Republic (13 percent) or Italy (7 percent).

Speaking on behalf of Friends of Glass, President of FEVE, Vitaliano Torno explained: “Nowadays, younger people lead busier lives. We know that their recycling efforts can have a positive impact on the planet their children will inherit. Millennials can make a proactive start now by adopting a more sustainable lifestyle, but also by choosing to use, and recycle, more glass. As the industry body for European Glass Packaging, we are more than aware that a lot needs to be done to better inform and engage a younger generation, hence our continued investment in Friends of Glass.”

Most countries surveyed (except UK, Croatia and Slovakia) say that glass is their preferred packaging choice for its environmental credentials. In 9 out of the 11 countries surveyed, people on average recycle 6 to 20 glass items in a month. Some countries like Slovakia or Czech Republic are slightly less engaged. In Switzerland, almost all people claim to recycle glass (93 percent), followed by Italy (91 percent) and Germany (89 percent). France (74 percent) and Spain (77 percent) are the countries with the highest rate of people who know that glass can be ‘infinitely’ recycled into new bottles and jars.

The survey also took gender differences into consideration. Women are less aware of the sustainable properties of glass than men. This was especially prevalent in the survey findings for participants in the United Kingdom, Germany and the Czech Republic. Also, in general, men make use of more packaging than women. In Slovakia and Croatia, there is a lower awareness about the recycling benefits of glass among both genders. In Switzerland, both men and woman recycle at a rate of above 90 percent.

Vitaliano Torno added: “We are encouraged that, as a sustainable topic, recycling is considered so important for European consumers. Even more encouraging is that they also view glass as the gold standard for sustainable living – given its unique recycling properties. We can be very satisfied with what we have achieved to date but we must not become complacent and we must continue to work hard to inform people that glass bottles have endless lives. Also, they are the most precious resource when it comes to making new bottles as recycled glass replaces virgin raw materials, saves energy and benefits the environment. European consumers can actively contribute to achieve a 100 percent recycling rate by bringing their used glass bottles to the nearest bottle bank.” 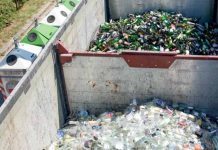 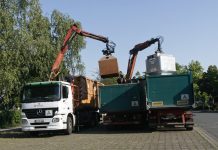