London, UK — UK is set to throw away up to 3,000 tonnes of Easter egg packaging. So UK`s supermarket chain Sainsbury’s is appealing to customers to get #EggyAboutEggcess, as the supermarket launches its nationwide recycling service for Easter egg packaging. The service aims to ensure all elements of chocolate egg packaging are recycled, including rigid plastic that kerbside collectors don’t always accept as part of their service. Recycling bins will be placed in 400 stores around the country.

With waste experts WRAP estimating that 3,000 tonnes of packaging excess is produced each year, and with 80 million eggs sold in the UK annually – the next fortnight is crucial in the recycling calendar. To encourage shoppers to recycle, Sainsbury’s is launching an online campaign appealing to the public to get #EggyAboutEggcess.

Paul Crewe, Head of Sustainability and Energy at Sainsbury’s, commented : “From creating an Easter bonnet to building a fort made of boxes, we’re asking customers to share pictures of the imaginative ways they use their egg packaging over the weekend, before bringing it to be recycled. We hope that the #EggyAboutEggcess initiative will alert the public to our in store service, a super convenient way to make a difference after all the Easter festivities!”

It’s not the first time Sainsbury’s customers have got behind a recycling campaign. Last Christmas, shoppers helped the supermarket recycle over 89,000 tonnes of Christmas cards which was an increase of over 2,000 tonnes on the previous year.

Sainsbury’s egg recycling bins will be placed in 400 stores around the country until the 12th April, making it easy for millions of customers to recycle every last bit of egg packaging. 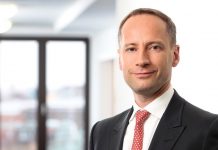 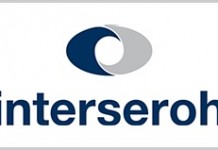