Recyclable plastic and materials like aluminium and lead far too often end up as waste. They are difficult to trade internationally because each country has its own rules. The International Green Deals NSRR will change this. Dutch State Secretary Sharon Dijksma commented: „To make our economy greener, I want to allow sustainability leaders in the business community room for innovation. And that is exactly what this deal does. By redefining what constitutes ‚resources‘, and at the same time aligning the definition among neighbouring countries, things will get easier for businesses. This will benefit the environment and will add considerable impetus to economic activity between countries in the North Sea region.“

Profit from a growing market

Henk Kamp, Minister of Economic Affairs, argued: „This agreement will allow Dutch companies in the natural resources and waste management industry to profit from a growing market. The Green Deal underlines that the circular economy promotes business, provides employment opportunities and improves our local living environment. For example, compost will be easier to trade when neighbouring countries view it as fertiliser rather than waste.“

Also, through the international green deal, residual waste from incinerators, or “bottom ash”, can be processed better. In the Netherlands, the Inashco company has developed a technique for reclaiming ultra-fine non-ferrous metals like aluminium, lead, zinc, silver and gold from bottom ash. The British waste processing company Ballast Phoenix can now more easily export its residual waste to the Netherlands so that the reusable resources can be extracted here. A team made up of representatives of governments and business communities from the participating countries will work out further solutions aimed at removing barriers at borders.

According to the calculations of the European Commission, a more rapid shift to a circular economy could save European businesses 600 billion euros in production costs, which translates into 8 percent of turnover. Moreover, 580,000 additional jobs would be created and CO2 emissions would be reduced by 450 million tons a year. Strengthening a circular economy in which waste is used as a resource is a priority of the Dutch Presidency of the EU. The ideas of the Commission which were presented last December will be discussed with the other member states during the Dutch Presidency. 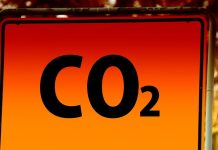 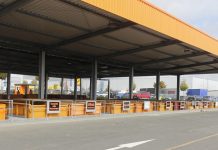 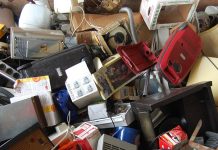