The results suggest there are four main barriers to consumers choosing refurbished phones.

Among the perceived risks of buying refurbished phones, the most important were that the phone would not work as well or might break down more quickly than a new phone. Other risks included returning the phone for maintenance and it becoming out-of-date quickly.

Important: getting the price right

Other factors that influenced consumers included how familiar they were with refurbished phones – the more familiar they were, the more they trusted the product. If a consumer thought the price of a refurbished phone was too high, they may be discouraged from purchasing one, while too low a price may signal an inferior product. Getting the price right is therefore an important consideration in promoting refurbished phones. Trust in the seller and brand and being able to use the phone before purchase were also important. Consumers were also concerned about the performance of a refurbished phone, and wanted to ensure the phone was fully functional, had a long lifetime, a good battery life and up-to-date software.

The researchers also offer some practical proposals to increase consumer acceptance of refurbished products. They say manufacturers should build a product based on designs that facilitate easy refurbishment. To attract consumers, refurbished phones should be promoted and readily available in both physical and online outlets. To convince consumers of the merits of refurbishment, information about the refurbishment process, including the financial, functional and environmental aspects, should be readily available. Finally, the researchers say warranties, quality labels and independent reviews of refurbished phones could help to counter consumer worries over quality. 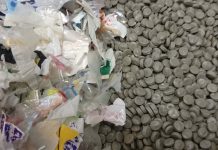