Seattle, USA — The „Horizon Trader“, a 42 year-old American built and operated container ship, was beached earlier this month at the notorious shipbreaking site of Alang, India, despite the last ship owner Matson, Inc. having sold it for recycling in the US. According to environmental justice group Basel Action Network (BAN), the dead vessel contains hazardous materials, making its final voyage from the U.S. to India to an illegal waste trafficking under the Basel Convention, which controls the transboundary movements of hazardous wastes. The vessel likely contains polychlorinated biphenyls (PCBs), which also makes the sale an illegal export of PCBs from the US.

While Basel Action Network notified authorities in each country prior to the vessels‘ arrival, and called on authorities to uphold their legal obligations under the Basel Convention, each country failed to intervene to halt the illegal transport and prevent it from being run aground in Alang. The „dead“ ship was defined as waste before it departed the U.S. The failing lies not with the law but rather with the countries that ignored their obligations under international law: Mauritius, Trinidad and Tobago, Namibia, and India, all of which are Parties to the Basel Convention. „We’ve criticized ship owners for skirting international law time and time again, but governments too are responsible for not fulfilling their clear legal obligations. They’ve all but endorsed global toxic waste trade,“ said Colby Self, the Green Ship Recycling Director at BAN.

Matson sold the „Horizon Trader“ to All Star, a U.S. ship recycler based in Brownsville, Texas, with the expectation that All Star would recycle it at their facility. In September 2015 All Star Metals, who was thought to have scrapped the vessel themselves at their ship recycling facility, resold the ship in 2015 for breaking in India without the knowledge or consent of Matson, Inc., the ship’s former owner. Matson has since assured BAN that in the future they would vigilantly uphold a policy of forbidding the export of their old ships to South Asian beaches. Patrizia Heidegger, Executive Director at the NGO Shipbreaking Platform in Brussels, commented: „Selling a ship to companies that make clean and safe ship recycling claims is not enough. Ship owners must hold these companies accountable to these claims.“

BAN and the NGO Shipbreaking Platform call on the Government of India to refloat the vessel and repatriate the ship to the U.S. to uphold their obligations under the Basel Convention. They also call on the United States to disallow export to developing countries without a thorough PCB study conducted by the government at the cost of the exporter. „We hope a lesson has been learned here and we never see this type of flagrant global dumping again,“ said Self. „Companies like Matson must contractually prohibit their recyclers from using the beaches, the United States must change their policy of allowing companies like All Star to police themselves for PCB exports, and countries all over the world must act to uphold the treaties they signed.“ 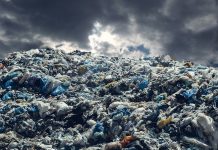 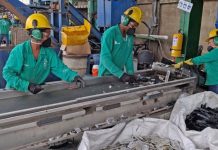