Stirling, Scotland – Fines totalling a record £284,400 (€370,000) were handed down to companies and individuals in the last financial year as a result of criminal cases instigated by the Scottish Environment Protection Agency (SEPA). This is the highest combined amount of fines in the last five years. Full details of these are revealed in SEPA’s Enforcement report 2014-2015 which has been published last week.

The report provides an overview of enforcement action taken by SEPA, between 1 April 2014 – 31 March 2015, to help deal with those individuals and organisations who flout environmental law by running illegal activities or failing to comply with the legal requirements laid out in their environmental permits.

The report also shows that the Agency:

In addition to this, the report shows that one custodial sentence was handed out to an offender during this period, with other sentences including restriction of liberty orders and community payback orders.

SEPA has recently gained international recognition for its efforts to address environmental crime. SEPA’s Executive Director, Calum MacDonald, has been elected as Chairperson of an Advisory Board to Interpol’s Environmental Compliance and Enforcements Committee (ECEC). The Advisory Board is to facilitate and provide strategic context to the advice which the ECEC gives to Interpol’s General Secretariat regarding the prevention and suppression of environmental crime.

SEPA’s Executive Director, Calum MacDonald, stated: „Tackling environmental crime is a top priority for SEPA. It puts our environment and communities at risk, and undermines legitimate businesses. New enforcement powers, enhanced intelligence gathering, and working in partnership with other enforcement agencies are all helping us make significant progress, and SEPA is now rightly recognised internationally as a leader in addressing environmental crime.”

Terry A’Hearn, Chief Executive of SEPA, commented: „I am delighted that SEPA’s efforts have been recognised by Interpol in Calum’s appointment to this high profile international role. Environmental crime is a blight on our society, a threat to our environment, and an ongoing problem for legitimate business, and we are determined to do all we can to eradicate it.“

SEPA’s Enforcement report 2014-2015 can be downloaded under sepa.org.uk. 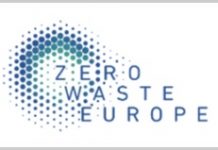 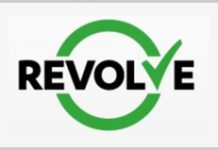