Los Angeles, California, USA – Newly released data from CalRecycle show that the number of California beverage containers sold increased from fiscal year 2011 to 2015, according to a recent analysis of the data by the Container Recycling Institute. Furthermore, the CalRecycle data show that the overall beverage container recycling rate for the last five years at around 82 percent.

PET bottles saw the biggest recycling rate increase: from 66 percent in fiscal year 2011 to 75 percent in fiscal year 2015. This is an important increase because PET bottles now comprise 47 percent of the beverage market – up from 41 percent five years ago. Aluminum cans used to be the most common container type in the California program, but PET bottles took over the number one spot in 2013. Aluminum cans have consistently had the highest recycling rate of all deposit containers and continue to do so, fluctuating between 95 percent and 97 percent.

HDPE recycling fell from 95 percent to 73 percent, although some intermediate years had periods of overredemption. HDPE sales comprise only one percent of the total beverage market. Glass recycling fell by 11 percentage points: from 85 percent to 74 percent. Taken altogether, with other material types (not substantial quantities), overall beverage container recycling has held roughly steady for the last five years at around 82 percent.

HDPE and glass recycling rates have likely declined due to the elimination of the “commingled rate,” a practice whereby non-CRV containers such as HDPE milk jugs, wine and spirit bottles were recycled in the same loads with CRV containers. “The good news here is that CalRecycle has done a good job of enforcement to make sure that state redemption centers are participating in the program correctly,” Collins said.

The five-year sales increase makes strong recycling rates key to keeping up with the growth of waste being produced, Collins noted, but clearly shows the continuation of robust economic activity.

Breaking it down, PET beverage bottle sales grew by 27 percent during that period: from 8.4 billion to 10.6 billion units, fueled by the growth in bottled water packaged in PET. Glass bottle sales also grew by 13 percent – due to new age beverage sales growth – although they constitute less than a third of the amount of PET bottles sold. During the five-year period, aluminum can and HDPE bottle sales declined by 5 percent and 19 percent, respectively. But while aluminum can sales are likely to continue to be negatively affected by declines in sales of soda, beer can sales remain strong, and energy drink can sales are growing. 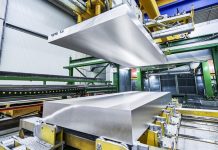 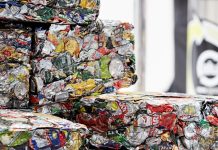 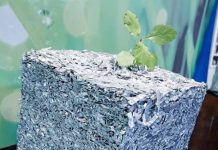