Brussels — An information leaflet setting out the dangers of lithium-ion batteries entering the lead battery recycling process has been published. The warning, which will be distributed to battery collectors, handlers and sorters across Europe and North America, highlights the serious risk of fire and explosions if lithium batteries enter the lead battery collection and recycling process. The problem of identification between the battery chemistries is made particularly difficult as lithium and lead batteries can appear similar, especially when received in pallets or bins containing thousands of used batteries.

The joint initiative by the lead recycling and battery industries of North America and Europe, including the International Lead Association (ILA), the industrial and automotive battery manufacturing associations – Battery Council International (BCI) and Eurobat – and the Association of Battery Recyclers (ABR), advises that lithium batteries should not be sent to lead recyclers and that an approved facility should be used for treatment and recycling this battery chemistry.

The leaflet is urgently needed as companies that operate secondary lead smelters have experienced an increase in the number of lithium-ion batteries mixed into deliveries of used lead-based batteries received as feedstock for their recycling process. Due to the chemical composition of lithium-ion batteries, if not properly handled, fires and explosions can occur during the transport, storage, battery breaking and smelting processes of used lead-based batteries. „Sadly a number of significant safety incidents have now been reported that have highlighted the risk to property, but more importantly the safety of employees,“ said ILA Regulatory Director, Dr. Steve Binks.

Rene Schroeder, Eurobat EU Affairs Manager, unterlined: „Communicating to all partners in the supply chain is essential to guarantee the safe handling of batteries at their end-of-life. Labelling of automotive and industrial batteries based on color-codes will be also an important tool to help collectors, sorters and recyclers to easily identify the different battery chemistries.“

Mark Thorsby, Executive Vice President of BCI, stated: „The lead battery industry has the most successful recycling program in the world. In no way do we want to jeopardize our success or compromise our commitment to sustainability. Preventing lithium-ion batteries from entering the lead battery recycling process is critical to achieving that outcome.“

According to Dick Amistadi, President of the ABR, „the introduction of lithium-ion batteries, which are commingled with lead batteries, has and will continue to represent a serious threat to the environment and employees‘ safety unless there is a successful campaign by upstream suppliers to divert such batteries from lead recycling facilities.“

Current labelling requirements serve to identify the heavy metal content of batteries and not the electrochemical system. A solution is now being developed to allow Better in the US through the Society of Automotive Engineers (SAE) and the International Electrotechnical Committee (IEC) through proposals to develop standardised colour-coded labelling.

The – very small – information leaflet can be downloaded under eurobat.org. 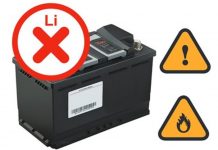 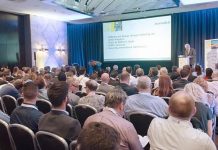 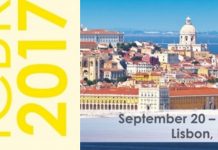