Brussels – Sirpa Pietikäinen MEP is Rapporteur for the Circular Economy at the European Parliament. She was „pleased with the fact that the Commission took on board many of the Parliament’s suggestions that were included in my report”, she commented on the circular economy package. She notes, however, that the Commission’s proposal still falls short of the great challenge ahead.

Sirpa Pietikäinen: “Every single year we consume 1.5 planets’ worth of resources, and this trend is rather increasing than decreasing. When we inch closer to hitting the boundaries of our planet, this will inevitably affect the availability and the price of many critical resources. Europe is more dependent on imported resources than any of our competitors. This is why creating a circular economy here in Europe is of utmost importance”.

“What is definitely good in the proposal is the fact that more attention is now paid to financing circular innovations”, according to Pietikäinen. She is also pleased about the emphasis on innovative bio economy based on the principle of cascading use: “This is an area where we already now have good and competitive innovative solutions in Europe.” She also commends the emphasis on green public procurement as well as looking into attaching criteria on durability, reparability and recyclability of products into the ecodesign directive.

The biggest shortcoming of the package is according to Pietikäinen the lack of tangible targets: “The European parliament asked for a clear 30 percent resource efficiency target by 2030. The problem with the lack of a clear target, or setting targets too low is that we risk locking ourselves in misguided and suboptimal investments and end up losing a lot of money”.

As an example of this the Member of European Parliament mentions buildings: “In new buildings but especially in renovated ones the aim should be zero energy buildings. Major renovations do not take place every year. This is why ambitious targets are important, because we are stuck with buildings built today up until the next 50 years”.

“All in all the package is very waste-concentrated when the focus should be on the whole product cycle from design onwards”, Pietikäinen points out. “This is why a lot depends on how we can use the tools offered to us by the ecodesign directive, which is a centre piece of legislation in this respect”. 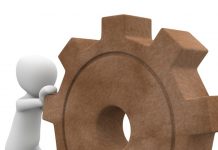 A Call for EU Action on Recycled Content Mandates for Plastics 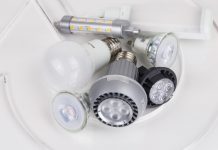 “Shared responsibility for all actors, distributors and waste producers involved”