Leatherhead, UK – In July 2015, the British Coatings Foundation (BCF) commissioned a leftover paint survey with a nationally representative sample of adults. It established that the average household in the UK has six cans of leftover paint, and each year 12 percent of paint sales, or 55 million litres are leftover (an estimated 71,500 tonnes), so as old paint is disposed of, it is replaced by more leftover paint year after year in sheds and garages.

Most people have leftover paint because they are keeping it for repair/touch ups in the future, but 30 percent of people reported over purchasing. The research also established that 62 percent of respondents use their household waste recycling centres at least once per year, pointing to the importance of the household waste recycling centres network as a means of disposal for leftover paint. One of the major issues however, is that only one in three centres accepts leftover paint currently.

The estimated cost of disposing 71,500 tonnes of paint waste each year is £20.6 million to local Government. If paint waste is redistributed to reuse and remanufacturing schemes, there will be cost savings to local authorities, primarily because it is cheaper per tonne of waste to have it collected by a reuse/remanufacturing business than to dispose of it as hazardous waste. If the PaintCare system would be implemented nationally, local authorities could lower their costs – estimated for 2025 – by 40 percent.

50 percent not suitable for remanufacturing

There are major opportunities for both remanufacturing and reuse for leftover paint – estimated at 10 million litres for remanufactured paint and 8 million for community reuse schemes (30 percent less in litres than the weight in tonnes). However, creating sustainable economic models will be important for both, and they have very different drivers.

Reuse programmes such as Community RePaint, with over 70 locations in the UK, and Nimtech reuse approximately 0.5 million litres per year, but this is only one percent of the total leftover paint each year. The social market does not have infinite demand (estimated at 8 million litres by 2025) therefore, so other routes to market are necessary to absorb up to 10 million litres per year of remanufactured paint.

It is estimated that 50 percent of leftover paint will not be suitable for remanufacturing. Rather than continue to incineration, an Innovate UK project is planned with several partners from industry and academia to establish the viability of treating this part of the waste stream and using it as a raw material in concrete.

A number of recommendations

Launched at the House of Commons the day before yesterday with Resources Minister Rory Stewart present, PaintCare’s report set out a number of recommendations for how government and stakeholders can help remove obstacles preventing the use of this underutilised waste stream.

The full recommendations and interim report by the British Coatings Foundation`s Paint Care project titled „Creating a circular economy for leftover decorative paint in the UK“ can be downloaded under wix.com. 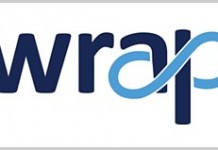