Clermont-Ferrand, France — CarbioS has received € 1.6 million from Bpifrance for completing the third development stage of its collaborative project Thanaplast™, spearheaded by CarbioS, an innovative green chemistry company specializing in breakthrough technologies dedicated to the recovery of plastic waste and the production of bio-polymers.

This payment is the result of having achieved the targets initially set under the Thanaplast project for the bioprocesses developed at a pre-pilot stage, including biodegradation, bio-recycling and bioproduction of polylactic acid (PLA). During this third key stage, CarbioS announced multiple successes in the development of its technologies, in particular in the bio-depolymerization and the biodegradation of polylactic acid. With these results, CarbioS also announced the launch of its plastics processing pilot plant and a new collaboration with CRITT Bio-Industries in Toulouse, enabling to pursue respectively the development of CarbioS’s biodegradation and biorecycling processes.

With a global budget of € 22 million over 5 years, including € 15 million directly raised by CarbioS, financing support from Bpifrance to Thanaplast accounts for € 9.6 million, of which € 6.8 million are directly allocated to CarbioS. To date, CarbioS has received € 5.3 million and is slated to collect € 1.5 million from Bpifrance at the completion of future development stages.

Thanaplast is a collaborative Research & Development project initiated and directed by CarbioS and supported by Bpifrance within the framework of an ISI grant (Industrial Strategic Innovation). CarbioS is the lead manager of the project and has brought together several academic and industrial partners under this umbrella (the CNRS/University of Poitiers, the INRA/TWB, Deinove, Limagrain Céréales Ingredients and the Groupe Barbier). This structuring project, launched in 2012 and carried out over 5 years, is based on five key stages, each corresponding to successive steps so to achieve the industrialization stage at the term of the 5-year period. 60 scientific researchers have been working exclusively on the bioprocesses developed by CarbioS since 2012.

„Once more, Bpifrance expresses its confidence in the running of the Thanaplast project. We have been a leader in the field by initiating and consolidating a public/private partnership that brings together the top French talent working on the subject. The major results obtained by the Thanaplast project’s consortium validate the potential synergies between the academic and industrial worlds. CarbioS also reaffirms the relevance and efficiency of its upstream collaborative research model which enables to respect the progress and timeframe of this project,“ concluded Jean-Claude Lumaret, CEO of CarbioS. 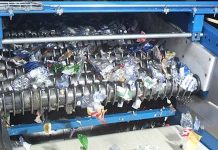 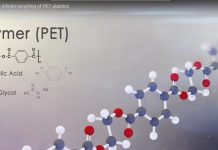 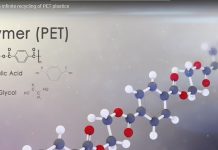