Brussels – The 481,000 tonnes of waste PVC recycled across Europe in 2014 contributed to the creation of around 1,000 direct jobs in recycling plants, according to VinylPlus, the sustainable development programme of the European PVC industry. As well as creating employment opportunities, PVC recycling is also saving around one million tonnes of carbon emissions annually. The figures are calculated on an average of one employee needed to recycle 500 tonnes of PVC per year and a 2 kg saving of CO2 for each kilogramme of PVC that is recycled. Energy demand for recycling PVC is typically around 90 per cent lower than virgin PVC production.

Waste PVC materials, such as rigid PVC films, pipes and fittings, window profiles and related products, as well as flexible PVC (cables, membranes and flooring) were recycled through the European-wide network of 155 Recovinyl-accredited recyclers. A total of 11.8 million window frames are recycled per year.

Speaking at the recent Brussels Sustainable Development Summit in October, Arjen Sevenster highlighted how voluntary commitments, such as VinylPlus, which put together the entire European PVC value chain, can address sustainability challenges in a systemic and holistic way, helping to move an industry sector towards a low-carbon circular economy. The Technical and Environmental Affairs Manager for the European Council of Vinyl Manufacturers (ECVM) explained: “For example, from 2007 to 2013 there was a 10.2 per cent decrease in energy consumption to produce one tonne of PVC. Resin producers are targeting a 20 per cent reduction of energy consumption by 2020.”

In concluding that voluntary commitments such as VinylPlus can represent an effective model to address sustainability challenges, he added: “Cooperation along the entire value chain is a key element for success. Concrete and measurable targets and deadlines are also vital, along with stakeholder engagement, transparency and dialogue, plus the required research and development. The potential of recycling should not be underestimated. With regard to the depletion of the non-renewable raw materials, recycling achieves the same objective as moving to renewables.”

VinylPlus is the renewed ten-year voluntary commitment of the European PVC industry. The programme establishes a long-term framework for the sustainable development of the PVC industry by tackling a number of critical challenges in the EU-28, Norway and Switzerland. Its target is to recycle 800,000 tonnes of PVC per year by 2020.

More information can be found in the Progress Report 2015. 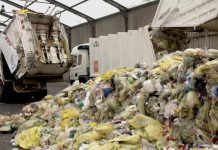 VinylPlus: Steering the PVC industry towards the circular economy