Washington, USA — Environmental NGOs are urging the European Commission to restrict sales of compact fluorescent lamps (CFLs), showing how they can be feasibly replaced with lighting emitting diode (LED) lamps. They are also calling on US retailers to follow IKEA’s lead by no longer selling CFLs. „LEDs have surpassed CFLs with respect to energy efficiency, lamp life and performance,“ said Elena Lymberidi-Settimo, Zero Mercury Project Manager for the European Environmental Bureau, and added: „The time is ripe for an EC decision to take CFLs (<30W) off the shelves throughout the EU by 2018.“

The EC accepted comments until mid-October on restricting electronic equipment that contains mercury (and other persistent toxic chemicals) from the market under the Restriction of Hazardous Substances Directive (RoHS.) The NGO comments opposed the EU lighting industry’s request to the EC to continue approving mercury exemptions for most categories of fluorescent and high-intensity discharge lighting equipment, including CFLs. This could result in mercury-added lamps continuing to be sold for as long as the RoHS allows, NGOs say.

Since the US Energy Department’s lifecycle analysis shows that LEDs far surpass CFLs in efficiency and other environmental impacts, advocates are also calling for CFL sales to end by 2018 in the US. „LEDs are environmentally preferable to CFLs from a lifecycle perspective,“ said Alicia Culver, executive director of the Responsible Purchasing Network. „LEDs use less energy, last three times longer than CFLs. They are a practical and affordable alternative for most general purpose lighting applications because their price has been dropping rapidly while their performance has been dramatically improving.“

Workers can be exposed to mercury when manufacturing, transporting, installing, recycling or disposing of CFLs and other fluorescent lamps. Pregnant women and toddlers may be exposed above safe levels when CFLs are broken in rooms without ventilation.

„LEDs don’t contain mercury and are becoming more cost competitive, especially when energy use reduction and higher fluorescent lamp disposal costs are factored in,“ said Michael Bender, director of the Mercury Policy Project. „Plus, compared with CFLs, there are 4 times as many LEDs available on the Energy Star list.“ 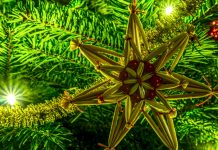 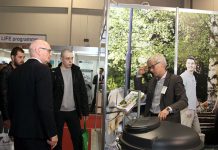 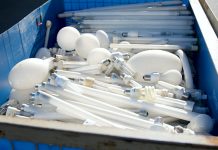