United Kingdom — One of the busiest streets in London will be transformed like never before, as The Chewing Gum Action Group (CGAG) launches its national campaign to reduce gum litter. The grey pavements on Oxford Street will be transformed with brightly-coloured circles to highlight the significant amount of gum that is dropped.

Representatives will take to Oxford Street to circle every single piece of discarded gum between the corner of John Prince’s Street and Holles Street, using water soluble fluorescent chalk, and witness the public reaction to the eye-catching measle-like patterns created across one of the busiest areas in London. During the month of October, representatives will then work together to remove the gum, making the streets cleaner and more attractive.

38 per cent fall in gum litter

Now in its 10th year, the annual campaign sees representatives from the chewing gum industry, Government and environmental charity Keep Britain Tidy working with councils and Business Improvement Districts across the whole of the UK to develop local initiatives to reduce chewing gum litter.

Results from previous years demonstrate the significant impact of the campaign on gum litter levels. In 2014, the campaign led to an average fall in gum litter of 38 per cent in participating areas, with a 90 per cent reduction in one community. Last year, the amount of gum removed from Oxford Street, Regent Street and Bond Street equated to the size of around 12 football pitches, covering approximately 86,000 sqm.

£56 million per year for cleaning up

Launching the campaign today Rory Stewart MP, Parliamentary Under Secretary of State for Environment and Rural Affairs, commented: “Spitting out or dropping chewing gum stains streets and is a blight on our towns and cities. Councils spend around £56 million per year cleaning up the horrible mess it leaves and so I’m pleased to see efforts to help highlight the problem. I look forward to seeing the results of this year’s campaign.”

Allison Ogden-Newton, chief executive at Keep Britain Tidy, which is a partner in CGAG, said: “We are proud to be the only group that comes together to tackle the problem of chewing gum litter, and we are committed to supporting local authorities and BIDs to improve the quality of our public spaces, creating a cleaner and greener place to work and live. Since the campaign began 10 years ago, the aim has always been to raise awareness of chewing gum litter, whilst encouraging residents and shoppers in the local area to engage with the campaign so that we can create a sense of local pride. We have no doubt we can make this year’s campaign the most successful year yet.”

Nine BIDs and local authorities from across the UK will be taking part in this year’s campaign. Locations include West London, Birmingham, Northern Ireland, Lincolnshire, Scotland, Hampshire, Merseyside and Cambridge. 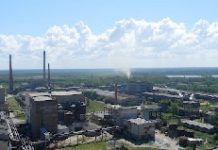