Washington, DC, USA – The fall meeting of the Association of Plastic Recyclers in Indianapolis highlighted a number of changes for the organization, including a new name and structure for the group. With representatives from all 155 member companies in attendance, the newly re-named, Association of Plastic Recyclers (APR) announced changes and updates to both its longstanding and recently launched programs. The almost 200 attendees that came to the meeting were given a look at the growth of the group, which launched in 1992, when member companies “sat in a circle” and parsed out how to spend the group’s annual $175,000 budget. Today, that budget has grown to $1 million.

The new structure of the organization finds the group shaping into two divisions, one that focuses on PET and another on olefins, with additional arms focusing on communications and market development. “The board has committed the effort, the money and the time, to help make this important change happen, which is set up to allow the organization to grow,” said Steve Alexander, APR executive director .

Other topics covered at the meeting included among others the following:

Curt Cozart of Common Sense Solutions described the results of work by APR to update its recyclability design guide, and to move it to an interactive and updatable product. The revision of the PET section will soon be available on APR’s website and an expansion to include PP, PE and film will be completed by February.

More than 30 executives attended the first APR Polystyrene Committee Meeting, convened by Michael Westerfield of Dart Packaging. The group will focus on improving PS recovery and utilization, with efforts being targeted for the recycling of expanded PS and well as rigid forms of the material. PS recovery has been a rising issue within APR. For example, the group’s most popular webinar this year, with an estimated 1,000 participants, focused on PS recycling. APR is now surveying its membership regarding potential PS recycling projects, which will be addressed at APR’s next meeting in February in New Orleans, following Plastics Recycling 2016.

ColorMatrix provides liquid technology to the plastics industry in the form of colors and additives. The firm’s RePrize additive helps improve IV in PET manufacture in order to address the inherent IV degradation created by extrusion or injection molding. One benefit of the use of this additive is it allows the use of higher levels of recycled plastic. ColorMatrix says use of the additive does not affect haze or color. 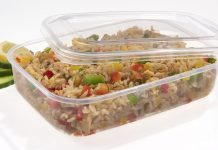 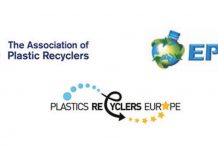 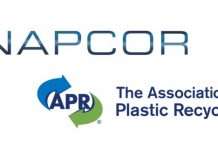