Commenting on the outlook, Hans Jürgen Kerkhoff, Chairman of the worldsteel Economics Committee said; “It is clear that the steel industry has, for the time being, reached the end of a major growth cycle which was based on the rapid economic development of China. Combined with China’s slowdown we also face low investment, financial market turbulence and geopolitical conflicts in many developing regions. The steel industry is now experiencing low-growth which will last for the time it takes for other developing regions of sufficient size and strength to produce another major growth cycle.

We expect the current headwinds to moderate in 2016 but this is based on a belief that the Chinese economy will stabilise. Of particular concern is the vulnerability of the emerging economies to external shocks though we are also expecting some, like India, to show resilience to the global slowdown. On a positive note, the recovery of steel demand in the developed economies, even though the momentum has weakened a little, remains on track.”

The Chinese economy has decelerated as the impact of the rebalancing measures on the investment and real estate sector turned out to be more severe than expected. As a result, activities in the construction and manufacturing sectors have slowed considerably. China’s steel demand is expected to decrease by -3.5 percent in 2015 and -2.0 percent in 2016, following its demand peak in 2013. There is an increasing risk associated with this economic slowdown and the consequent financial market volatility, which has become a global concern.

The performance of some key emerging and developing economies started to deteriorate in 2012 due to internal structural issues, lower commodity prices associated with China’s economic slowdown, and in some cases, escalating political instability. For example Russia and Brazil are experiencing severe contraction in steel demand. Geopolitical tensions and political instability in the Middle East, Africa and Ukraine continue to have a negative effect. On the other hand, steel demand in India and Mexico and other countries in the ASEAN and MENA regions is expected to maintain growth momentum despite the adverse external environment due to positive domestic demand and progress in reform.

Steel demand in the emerging and developing economies excluding China will, despite the major slowdown in some countries, grow by 1.7 percent in 2015 and 3.8 percent in 2016.

Setback and return to growth in developed economies

The strong momentum seen in the developed economies in 2014 weakened considerably in 2015. While the US economic fundamentals continue to remain solid, steel demand in the US is expected to show negative growth in 2015, due to currency appreciation and a slowing energy sector. In the EU there is a broadening of the recovery momentum aided by low oil prices, low interest rates, and a weak euro. Developed Asian countries like Japan and Korea are expected to show negative growth due to adverse structural forces weighing on their economies. 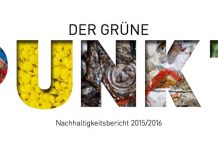 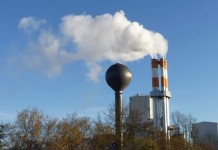