Start Kreislaufwirtschaft How Do You Recycle a Jumbo Jet?

“The world is going to see a huge supply of decommissioned commercial aircraft available for recycling,” said Martin Erhardt, Rector of Pforzheim University, Germany. And asked: „But how do you recycle a jumbo jet or an Airbus A-380?” The First European Aircraft Recycling Symposium in December 2013 at Stuttgart gave answers.

What goes up, must come down: „More than 25 per cent of the current civilian aircraft fleet will be decommissioned in the coming 15 years, creating a total potential of about half a million tonnes of highly valuable materials and a multi-million Euro business,” Professor Jörg Woidasky, Pforzheim University, explained in his introductory speech. Annually 400 to 450 airliners from commercial aviation will be decommissioned, not to mention regional, military, and general aviation aircraft. According to the figures, there will be 13.000 commercial end-of-live aircrafts to be put out of service in the next 20 years. However, there are two opposing trends: As the service span of aircraft is in some cases dropping for economic reasons, it can – on the other hand – be extended remarkably by refurbishment after 10.000 to 15.000 flight cycles. The decision is made on a case-to-case basis.

Material recycling, said Woidasky, is no reason for the end of life activities of an aircraft: Not more than 100.000 Euro for the revenues for structural and other materials are to be expected. So – in terms of the waste management regulation – the re-use of parts is necessary. Including checking, cleaning, or repairing recovery operations, this “preparation for re-use” is of second highest priority in the European Union’s waste hierarchy. But of course recycling of aircraft`s waste material is possible as well, excluding energy recovery and reprocessable materials like fuels …

Read the whole article in the EU-Recycling Supplement 03/2014, page 6. 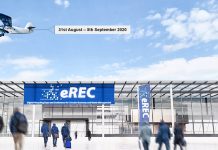