Montreux, Switzerland — Whether smartphone, remote control, laptop or camera, the list of devices meanwhile powered by batteries and accumulators is long. And it’s getting longer all the time, as the range of applications becomes increasingly diverse. “The battery is a key component in mobile electronics, electric cars, renewables – and possibly in intelligent power grids as well,” emphasised Christophe Pillot, CEO of the French market research institute Avicenne Energy at the press conference prior to the International Congress for Battery Recycling ICBR 2015 in Montreux, Switzerland.

Lithium-ion batteries in particular have made a name for themselves as an innovative storage technology. In terms of energy density and self-discharge rate they are simply unbeatable – and that shows in the sales figures. Over the last ten years, the volume of lithium-ion batteries has risen by an average of over 20 per cent, explained Pillot. In his opinion, demand for these batteries, particularly for power grids, e-bikes, electrical tools and other industrial applications, is likely to grow significantly going into the future. By 2025 these fields of application will be just as important as the markets for automotive batteries or electrical devices, Pillot predicts.

Dr Michel Monteil, head of the Waste and Resources Division of the Swiss Federal Office for the Environment (FOEN), is of a similar opinion. Like Pillot, Monteil is among the keynote speakers at this year’s ICBR in Montreux. The recycling of batteries is becoming increasingly important, he emphasised at the press conference, saying: “We will be confronted with a huge increase in battery volumes.”

Moreover, the recycling sector must be capable of adapting to new types of battery again and again. “We need to begin anticipating these developments and orient our future recycling technologies accordingly,” said Monteil. In his view it is therefore important to improve cooperation between the various market players, i.e. between manufacturers, collectors, take-back systems and recyclers.

Legislation must be adapted

For Europe, battery recycling is above all of key importance to secure its resources, but environmental protection is another strong argument. “When waste generated in Europe is also recycled in Europe, it is done under European control and in accordance with European environmental standards. However, when waste is exported, we lose this control,” said Dr Dieter Offenthaler, CEO of Batrec Industrie AG. The treatment of e-waste in Africa must not be allowed to become the norm for other types of waste material.

The prerequisites for successful recycling are not only suitable recycling technology, but also an efficient collection system. Both factors need to react to changing market conditions, stated Georgios Chryssos, head of the German take-back system GRS Batterien. Furthermore, legislation needs to be adapted accordingly. Some of the current EU regulations are designed to handle market conditions as they were 20 years ago, said Chryssos. In the meantime, however, not only the roles of market participants, but also the fields of application as well as the life cycles of batteries have changed significantly. Consequently, the legally prescribed framework conditions need to be adapted to suit the current situation.

Mr Chryssos also pointed out that another crucial aspect is the different chemical composition of today’s batteries. In recent years, components such as nickel and cobalt have been replaced by less viable materials. Current recycling targets need to be reconsidered to take both the ecological and the economic efficiency of recycling processes into account.

Not least, the safety aspect also plays a significant role, particularly for high-energy batteries. Here we need new, flexible, safe collection systems, explained the head of GRS. But industry too is aware of its responsibility. The European battery manufacturer Saft has already been producing lithium-ion batteries for a wide range of applications for many years. “We ensure that safety is taken into account at every stage of the design and manufacturing process,” emphasised Saft spokeswoman Jill Ledger at the press conference. At Saft, the electrochemistry as well as the battery cells and systems are carefully selected for each application and the safety precautions are individually adjusted to suit the specific requirements.

The 20th International Congress for Battery Recycling ICBR 2015 will take place on September 23 – 25, 2015, in Montreux, Switzerland. 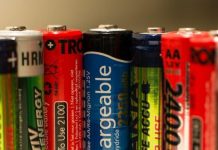 Reaction to Commission proposal for new legislative framework for batteries 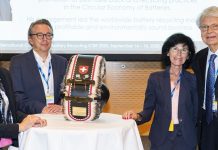