Brussels – “European Commission President Jean-Claude Juncker boasted at the beginning of his address about the number of times he uses the words ‘social’, ‘economic’, ‘monetary’ and ‘budgetary’. However, aside from a brief reference to climate change,worryingly his State of the Union speech was almost completely silent on the third dimension of sustainable development, the environment“, EEB Secretary General Jeremy Wates commented on Juncker`s State of the Union speech on 9th of September.

Jeremy Wates continued: „President Juncker called for an ambitious climate agreement at the COP in Paris and drew links between climate change and the refugee crisis, but the impacts of wider environmental degradation were noticeably absent. Two weeks before the world, including the EU, adopts global sustainable development goals, the Commission needs to wake up and put the environment and sustainability at the heart of its work programme. Only by broadening its climate and energy commitments to a comprehensive agenda covering resource efficiency, biodiversity and ecosystems and environmental health can it genuinely claim to be a social Europe that is fit for purpose.”

This reaction was put out immediately after the State of the Union address and based upon the speech as delivered. The written version of the speech that was subsequently put online differed substantially from the delivered address, with a number of more positive elements.

However, as Jeremy Wates wrote on 11th of September in online-magazine EU-Observer, „President Juncker has made it clear that the environment is not at the forefront of his mind. His 10 priorities push a traditional business-as-usual economic growth agenda and the only significant mention of the environment is via climate change and energy. The need for greater resource efficiency and measures to protect biodiversity, ecosystems and environmental health are conspicuous by their absence.“ 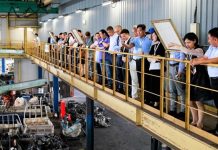 EMCE 2019: Key takeaways from the first conference in Tokyo