Start Forschung World’s cities produce up to 10b tonnes of waste each year, UN...

The report offers an integrated global solution to the waste problem, including calling for immediate improvement of waste collection and disposal, preventing waste and maximizing reuse and recycling of resources. It also calls for a major shift away from the linear “take-make-use-waste” economy and towards the circular “reduce-reuse-recycle” approach to the lifecycle of materials.

Towards a broader concept of resource management

The report encourages a shift in thinking about waste as merely a health and environmental threat, towards a broader concept of resource management. It demonstrates how wisely managing both resources and waste, countries can cut costs of waste disposal and bring additional profit from the recovered raw materials.

For example, the Belgian region of Flanders achieved the highest waste diversion rate in Europe, growing from nearly zero in the 1980s to over 70 per cent in 2013. This was possible with a smart mix of social, fiscal and legal policies, such as waste prevention education, establishing reuse centres and a „pay-as-you-throw“ taxation system based on the „polluter pays“ principle.

The report also cites numerous success stories from developing countries. For example, the inclusion of informal recyclers into the municipal waste management system in Bolivia resulted in the collection and treatment of 29,000 tonnes of waste and the creation of 443 green jobs. A similar scheme in Colombia’s capital, Bogota, is diverting 1,200 tonnes of waste daily from the landfill and employing some 8,250 people.

In Kenya, a non-profit organization and the private sector are running separate initiatives to treat the country’s e-waste. Between them, they process up to 30 tonnes of e-waste per month and market the recovered materials, while safely disposing of the hazardous wastes. Both facilities are fast approaching self-sustainability, proving that safe recycling can be a successful business model in developing countries as well.

UNEP Executive Director Achim Steiner underlined: “An urgent response to the world’s mounting waste problem is not only a public health and environmental necessity, but also a sound economic investment. Inaction is costing countries 5-10 times more than investments in proper waste management. A greater commitment by nations to systematically apply the 3 R’s – Reduce, Reuse, Recycle – can transform the problem of waste into a resource for our economies. The global waste management goals proposed by this report have the potential to result in dramatic reductions in greenhouse gases, the creation of millions of green jobs and economic benefits in the hundreds of billions of dollars. By achieving them, we would also be taking massive strides toward realizing the Sustainable Development Goals.”

“This very first worldwide waste report really is a monumental work that has taken ISWA and UNEP experts two years to write”, stated David Newman, ISWA President, and added: “The Global Waste Management Outlook will help the waste management industry define its future over the next decade, and it also is an urgent call for action for investments to drive a global clean-up of the billions of tons of waste still dumped into our environment.”

Dr. Oyun Sanjaasuren, President of the United Nations Environment Assembly (UNEA) said: „Collectively we have the technological capacity to solve the global waste problem. Despite of this, a staggering 3 billion people worldwide lack access to controlled waste disposal, with the result that wastes litter our streets with grave environmental and health consequences. This situation can be changed only if countries enforce proactive policies and sound institutions that encourage waste minimization and recycling.“ And she added: „Major producers should also be more involved in managing the entire lifecycle of their products. International cooperation will be vital in preventing developing countries from becoming dumping ground for hazardous materials.“

The Global Waste Management Outlook was jointly prepared by UNEP’s International Environmental Technology Centre (IETC) and the International Solid Waste Association (ISWA) and was launched during ISWA’s 2015 World Congress in Antwerp. It can be downloaded under iswa.org. 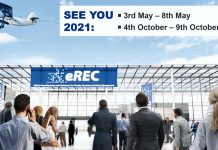 eREC 2021: Taking the Virtual Recycling Expo to the Next Level! 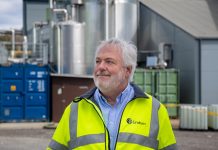