Knighton, UK – Figures recently released by Defra show that England achieved a recycling, reuse and composting rate of 44.8 per cent in 2014. The Local Authority Recycling Advisory Committee (LARAC) has welcomed the increase in the dry and food waste recycling rates shown in the these figures. But the committee is disappointed that the figures show that overall waste arisings increased by 3.7 per cent for the 12 months in 2014 despite the efforts of local authorities to encourage waste minimisation.

Sally Talbot, Vice Chair LARAC, underlined: “While some will no doubt concentrate on the overall recycling rate the increases in dry and food recycling show our members are still introducing new services and aiming to hit the 50 per cent target. This is all the more commendable given the ongoing squeeze of council budgets and the certainty that more are to come. However the figures show that people are consuming again and the increase in overall waste arisings is something that needs to be tackled at a national level. Local authorities have done sterling work in this area but it is time to recognise that there is only so much we can do.”

LARAC has said given the figures show how something such as seasonal and yearly variations in the weather impact significantly on the recycling rate the time has come to look at alternatives to the weight based targets. LARAC points out that the current EU circular economy consultation provides the perfect opportunity to discuss how targets can be better set, if the UK is willing to fully engage. LARAC also wants to see better alignment of household and producer responsibility targets so that there is incentive for funding to flow into local authorities to increase the capture of packaging and other materials to the benefit of all.

Jacob Hayler, Environmental Services Association`s (ESA) Executive Director, argued: “It is positive to see that England’s recycling rate hit a new high of 44.8 per cent in 2014. However, if we are to hit our 2020 recycling targets then the pace of increase will clearly have to improve. Three quarters of the improvement in annual performance came from higher rates of organics recycling and, as local authority budgets continue to be squeezed going forward, we need to ensure that these trends aren’t reversed.” 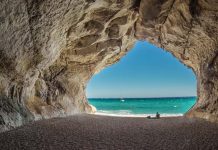 70%: Alupro announces a new milestone for aluminium drink can recycling in the UK