Start Abfall People are 59 percent more likely to drop litter when outside their...

Leeds, UK – The people of Britain are generally a caring lot bursting with civic pride and a hatred for people who drop litter on the streets of their town or city, it’s been revealed. However, it’s an attitude that evaporates completely when they hit the road or visit another town, a national waste management company has found. So people are around four times more likely to litter the streets of another town, with litterbugs most likely to strike by throwing their rubbish out of their car window.

“Brits are the kind of people who get positively outraged if they find an empty beer can in their front garden,” says BusinessWaste.co.uk spokesperson Mark Hall, “But it appears that they think nothing of doing exactly that when they’re away from home. This surprising and two-faced attitude is backed up by a survey of 250 people who were prepared to speak candidly and anonymously about their attitude to litter.

On the other hand:

Despite these contradictory results, there appears to be public appetite for throwing the book at offenders:

One person’s response was typical: “I love my town, and I’ve shouted out kids who drop their sweet wrappers. But I always chuck my ciggie butts out of the car window – they’re biodegradable, aren’t they?”

Cigarette waste made up the majority of littering to which people admitted, in both their home towns or elsewhere, followed by fast food wrappers, sweet wrappers and drinks bottles or cans. Littered cigarette butts are particularly dangerous on the open road as they can cause grass fires; and the heavy metals and poisons are not typically biodegradable, and can poison local water tables. BusinessWaste.co.uk says that even though there are fewer smokers in the UK, the amount of cigarette waste in our streets has actually increased over the past few years because of the smoking ban on most indoor premises.

“Even though people say they don’t litter their home town, they may be doing it unconsciously as a smoker, or simply dropping a wrapper without thinking,” says Mark Hall. “In fact, resort towns aside where the visitor population can outnumber the locals in peak season, we think the majority of litter on town and city streets in the UK is generated by the home population.” But it’s on main roads between urban areas that goes to prove how little people think about flinging their waste any which way, says Business Waste.

“Every year, our waste operators have to risk their lives picking litter from grass verges on major roads,” Hall says. “The end result is tens of tons of cans, bottles and food wrappers. Home town pride goes right out of the window on a car journey, it seems.” BusinessWaste.co.uk has a simple message for people who litter towns, highways and the countryside: “Take it home, and put it in the bin. If it’s recyclable, recycle it.”

Unfortunately, Hall says, it’s a message that’s still not getting through. 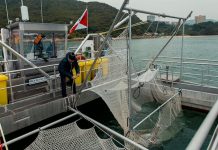 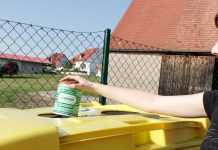