Released in June, EPA’s „Advancing Sustainable Materials Management: Facts and Figures 2013“ shows that the national PE film recycling rate has more than tripled from 5 percent (2003) to 17 percent in just 10 years.

“We’re excited to see plastic film recycling continue to grow in communities across the country,” said Shari Jackson, director of ACC’s FFRG. “The high level of engagement in our recent webinar suggests that interest and participation in film recycling will continue to climb. FFRG’s tools are designed to make it easy for communities and consumers to join in.” Eight new municipalities and one state signed up to participate in the WRAP program during the first 24 hours after the webinar concluded.

Plastic film is one of the fastest growing areas of recycling with collection surging by 11 percent in 2013 to 1.14 billion pounds, according to The 2013 National Postconsumer Plastic Bag & Film Recycling Report.

Communities, NGOs and states can join the effort by becoming WRAP Champions or Partners and brand owners, recyclers, and film processors should join ACC’s FFRG. FFRG’s goal is to double film recycling to over two billion pounds by 2020. 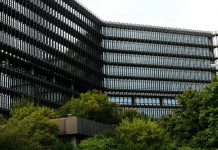