Brussels — In 2014, the Commission received its lowest number of new complaints in the area of environment since 2011. Between 2011 and 2014, the number of new EU Pilot files opened decreased further. The number of infringement cases pending at the end of 2014 was slightly lower than at the end of 2013, but the figure remains higher than in 2012, when the lowest number of cases was registered. The trend is similar for late transposition cases, according to the EU Commission 2014 Annual Report on „Monitoring the application of Union law“.

The Commission opened 174 new infringement cases in 2014, among which:

The Commission also referred 11 cases to the Court under Article 258 TFEU, among others: 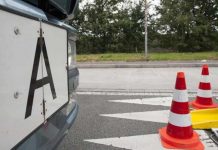 FEAD supports the ambitious Proposal for a European Climate Law