Brussel, Bristol — Under the United Nations Minamata Convention on mercury, China and India could avoid a combined 242 tonnes of mercury emissions in 2050 from coal- fired power plants, a new study predicts. This amount is equal to approximately 12% of total emissions in 2010. While the benefits will be mostly regional, lower mercury deposition in surrounding oceans is good news for Europeans who eat fish sourced from those waters.

The UN Minamata Convention, which was adopted in 2013, sets forth regulations to control mercury emissions from coal-fired power plants, along with other measures such as bans on new mercury mines. The Convention agreed upon flexible regulations instead of specific emissions limits in order to accommodate countries at different levels of technological advancement. It called for countries to “control, and where feasible, reduce” emissions in coal-fired power plants using the best techniques and best environmental practices available to them.

Burning coal was responsible for an estimated 24 per cent of human-caused mercury emissions in 2010, making it the second largest global source of the contaminant. Plants operating in Asia contribute the most to these emissions.

For this study, the researchers explored the future impacts of the Convention on global mercury emissions and deposition. By analyzing technical reports from government and international agencies, interviews with regulators and pollution experts, and a literature review, they identified which technologies and energy policies are possible for each country under the regulations, if they are interpreted in either a flexible way or in a strict way. They then analysed the potential success of the technologies utilised in the two scenarios — and finally compared those with a scenario where no additional control was employed.

Under the flexibly defined conditions, and with the countries still relying heavily on coal, China is predicted to avoid 90 tonnes of emissions and India could avoid 150 tonnes in 2050. This could avoid approximately 2 and 13 micrograms per square metre of mercury deposition over China and India, respectively. While avoided deposition over other regions is lower, there are projected decreases in the amount of mercury deposited into oceans that can sustain aquatic environments important to Europe and the US. Additionally, if stricter — yet still feasible — actions are taken, an extra combined 170 tonnes of emissions could be avoided by the two countries.

The researchers highlight that their study only discusses emissions that can be avoided through technology uptake, and that overall emissions will likely still increase as economies and energy markets continue to boom while relying on coal. They highlight the necessity of avoiding coal consumption and transitioning toward less carbon-intensive energy sources for reducing emissions from present-day levels. In fact, they estimate that a transition away from coal using just current technology could avoid approximately 6 per cent and 36 per cent more emissions from China and India, respectively, than the strict regulation scenario with heavy coal use.

China: Import of solid waste banned as from 2021 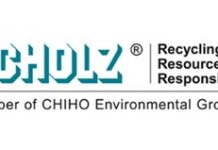