Washington, DC/ USA — According to the latest „Advancing Sustainable Materials Management: Facts and Figures 2013“ report, Americans generated about 254 million tons (U.S. short tons unless specified) of trash and recycled in 2013 and composted over 87 million tons of this material, equivalent to a 34.3 percent recycling rate. On average, Americans recycled and composted 1.51 pounds out of individual waste generation rate of 4.40 pounds per person per day.

The fact sheet of previously named „Municipal Solid Waste Generation, Recycling, and Disposal in the United States: Facts and Figures“ can be downloaded from epa.gov (1), the full report under epa.gov (2). 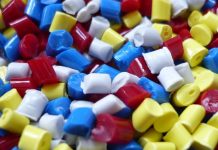 ESWET: The EU strategy for plastics is a missed opportunity