Aylesbury, UK — The European Commission has launched the European Remanufacturing Network (ERN). According to the Commission, a €1.5 million project will „boost“ remanufacturing activities throughout Europe. The impact of the network’s efforts on the European economy is expected to be significant as the value of remanufacturing is calculated to be between £2.4 billion and 5.6 billion in the UK alone, not considering the thousands of jobs created.

Europe in danger of falling behind

„For the past two years, we have argued that the Chinese state, the US Department for Commerce and the South Korean Government have each been investing in their remanufacturing industries – and that Europe was in danger of falling behind“, said Ben Walsh from Oakdene Hollins, who manages the Centre for Remanufacturing and Reuse. „This project will provide a springboard to ensure that European remanufacturers remain competitive in the global market, safeguarding European jobs, limiting our exposure to critical raw materials and improving the European trade balance.“

The project will add value for (aspiring) remanufacturers by mapping the challenges of remanufacturing business models, innovative product design and processing approaches. The initial stage involves investigating the current size and structure of the European remanufacturing industry in key market sectors, such as the automotive industry. „We are interested in both the current as well as the future potential social, economic and environmental benefits of remanufacturing in Europe“, says David Parker who is leading this stage of the project. „Currently we are requesting remanufacturers throughout Europe to complete our market study survey to become part of the network.“

Council to be launched in 2016

More information on the European Remanufacturing Network and the market study survey can be found under circleeconomy.us6.list-manage.com. 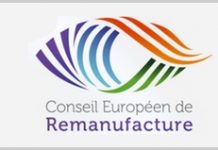 Eurobat positioning on the EU roadmap on the Batteries Directive 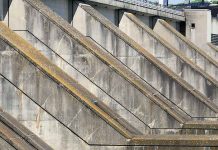