Stirling, Scotland — A new study finds that a Scottish-specific system of producer responsibility around packaging, replacing the current UK-wide system, could be feasible and identifies the issues to investigate further. The publication is the latest in a series of evidence-based reports commissioned by Zero Waste Scotland analysing options for systems to improve recycling and tackle litter.

The „Scottish Packaging Recovery Note (SPRN) Feasibility Study„ was commissioned by Zero Waste Scotland to assess the role that a Scotland-specific scheme of producer responsibility could play. It follows last week’s report investigating the options for a deposit-return scheme, together with a Call for Evidence from industry and other stakeholders on the role of a such a system.

The proposed Scottish PRN model was developed through a series of stakeholder workshops. In order to address some of the criticisms of the current UK system, and provide an audit trial to ensure that the material has been collected in Scotland, the SPRN model differs from the current UK PRN system in the following areas:

Iain Gulland, Chief Executive, Zero Waste Scotland, commented: “This report on the potential of a Scottish Packaging Recovery Note system provides food for thought. It finds that a Scottish PRN system could have benefits around increasing recycling, accountability for producers, environmental performance, and cost benefits over the longer term, especially for local authorities. However, there are a number of factors which would have to be considered for the introduction of this system, which would also have to work in tandem with other policies.“

And he stated: “Zero Waste Scotland is focussed on facilitating robust evidence gathering from the broadest possible range of stakeholders around systemic changes that could boost recycling and tackle litter.” 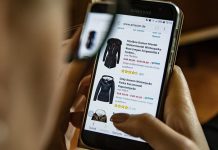