Bramhall, UK — The UK has contributed just over 20 per cent- or 95,525 tonnes – to the total recycled through the PVC industry’s recycling scheme in 2014. A total of 474,411 tonnes of waste PVC was recycled through Recovinyl last year across its 16 European member countries. The Recovinyl network currently comprises 160 companies.

Recovinyl is an operational arm of VinylPlus, the ten-year Voluntary Commitment of the European PVC industry, which is tackling the sustainability challenges for PVC and delivery of current recycling targets to 2020. Waste PVC-U profiles comprised just over half of the UK’s recycling achievement in 2014, with pipes, rigid and flexible PVC films and cables making up the rest.

„PVC recycling continues to grow, as revealed by these latest figures, and the UK’s achievement is testament to both ongoing commitment from the sector and sustained investment in recycling infrastructure across the country“, comments Project Manager Jane Gardner of Axion Consulting, Recovinyl’s UK agents. „Good quality recycled material can be reused sustainably in so many diverse new products, from construction products such as windows, to flooring and electrical components. Demand from manufacturers is continuing to grow.“

Having already established significant volumes of PVC recycling with Vinyl 2010, Recovinyl’s strategy continues with consolidating and increasing the steady supply of PVC waste being recycled in Europe by creating demand – a ‚pull-market‘ for recycled PVC material – from the converting industry. Potential new recycling opportunities for PVC include non-infectious medical PVC waste from hospitals, such as IV Fluid and oxygen bags. This type of waste is the focus of a VinylPlus-funded research project, RecoMed, undertaken jointly by Axion Consulting and the BPF Vinyls Group.

Jane Gardner adds: „RecoMed is a newly-launched initiative collecting and recycling PVC from non-pharmacologically active waste from hospitals. We welcome enquiries from organisations looking to explore these recycling options, such as medical and care organisations, as we expand this scheme.“ 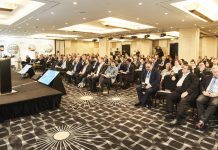 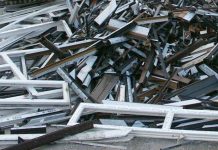