Brussels — Umicore has filed its response to the complaint filed by BASF / University of Chicago Argonne in the United States International Trade Commission. The complaint alleges that some Umicore NMC-type cathode materials used to fabricate cathode electrodes for power tool batteries infringe Argonne patents. Umicore’s response firmly denies the claims made in the complaint and sets forth Umicore’s defenses to the allegations.

The complaint filed by BASF/Argonne is flawed in fundamental ways. Umicore will establish that its products do not infringe the asserted patents not least because Umicore’s products have a different material structure than that claimed in the patents. Additionally, Umicore has alleged that the Argonne patents are not valid because of the existence of numerous disclosures by others that constitute prior art to what Argonne claims to have invented.

It is also Umicore’s view that the complaint was not professionally researched prior to filing. For example, it appears that the assertions in the complaint are based on an analysis of battery cells that do not contain any of Umicore’s cathode material.

Over the past 20 years, Umicore has developed a unique range of innovative materials for its battery customers backed by a strong portfolio of intellectual property rights. Umicore intends to aggressively defend its products and innovations against these unwarranted claims. Umicore has retained Fish & Richardson P.C., the leading ITC and patent litigation firm in the U.S., and looks forward to demonstrating that the allegations of BASF and Argonne are erroneous.

A copy of Umicore’s response to the complaint can be obtained through the ITC website at usitc.gov or on Umicore’s website. 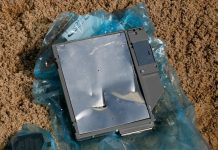 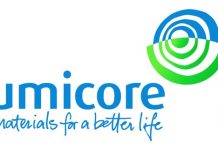 Investment of € 300 million: Umicore to boost capacity in cathode materials