York, UK — The National Non-Food Crops Centre has announced the publication of our second annual Anaerobic Digestion (AD) deployment in the UK report. Based on information from NNFCC’s anaerobic digestion deployment database, the report provides a comprehensive regional breakdown of sector development in Scotland, Wales, Northern Ireland and the 10 regions of England, giving detailed information on feedstock requirements, installed capacity and output type (combined heat & power or biomethane – to-grid) for every project.

Over the past 12-months the UK AD industry has continued to thrive, despite many challenges that have occurred along the way. With 50 new plants commissioned and more than 200 new plants entering the development pipeline, the sector is rapidly expanding, maturing and finding its way in the ever changing development landscape. The total number of operational plants is now 185, with installed capacity totalling 168MWe – the industry is now capable of providing electricity for around 350,000 households.

Lucy Hopwood, NNFCC’s Lead Consultant for Bioenergy & Anaerobic Digestion, said: “Feedstock is the key to future expansion. There’s concern about food waste availability with suggestions that we’re rapidly closing the waste treatment capacity gap. However, when you look at the figures they suggest otherwise. Only 2 million tonnes of the reported 16 million tonnes of food waste generated every year in the UK is currently treated through AD. The issue here isn’t availability – it’s acessibility.“

She added: „Similarly, agricultural wastes, such as manures and slurries, are still a relatively untapped resource – fewer than 1 million of the 90 million tonnes generated are being treated through AD. This isn’t an acessibility issue, it’s an economic one.“

Key points from the report include: 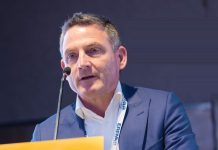 PRE: „There is a need to move to mono-material alternatives which can be recycled“ 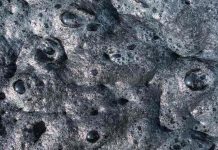