Amsterdam, Netherlands — To further improve the production line at the Post Shredder Treatment (PST) plant, in 2011 ARN received a grant in the amount of € 1 million from the European Life+ programme. Three years later, this grant has clearly been well spent: since 2012, annual production has quadrupled, and the EU target of 85 percent reuse and 10 percent useful application has been officially achieved.

Numerous improvements were implemented in the PST plant, making the processing line more efficient, and enabling an even higher recycling performance. This is for example reflected by a rise in annual production to 36,000 tonnes of shredder waste. By way of comparison, in 2012 and 2013 annual production amounted to 9,000 and 25,000 tonnes, respectively. A large proportion of the shredder waste is now reused as new material.

This performance is partly thanks to a Life+ grant in the amount of € 1 million, awarded to ARN in 2011. Using this subsidy, ARN was for example able to carry out studies into new applications and sales opportunities for raw materials retrieved by the PST plant from shredder waste. ARN also investigated how material flows could be better separated. Improved separation increases the number of possible applications for the various raw materials which, thanks to their high degree of purity, also represent a higher value than in the past.

On the basis of the studies, material trials and tests, during the course of 2014, ARN invested in a series of new and unique machines that have made the production line at the PST plant even more efficient. A so-called screw sieve and shaker machine were for example recently put into operation. Both machines ensure that ‚alien materials‘ such as wood and rubber can be better separated from the plastics than in the past. In this way, ARN was able to identify a promising application for one of the plastic fractions, in the form of a new, sustainable sheet material. During the first quarter of 2015, ARN will also be installing a metal recovery line at the PST plant. This line will make it possible to retrieve valuable metals including copper, stainless steel and aluminium from the shredder waste. The investments for the new machines themselves are beyond the scope of the Life+ grant, but will result in higher income from the material. 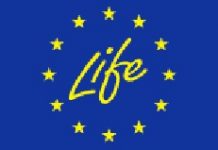 Commission invests over €220 million in LIFE projects in Member States