Warszawa, Poland — A single concession, no NOKE and more control rights for mining and environmental inspections: This draft amendment to the Act: Geology and Mining Law was presented by Minister Maciej Grabowski at a conference with Prime Minister Donald Tusk. The draft will be subject to discussions in the Council of Ministers in the coming days. „We have prepared solutions discussed with investors and experts, which take good care of the State Treasury’s interest and are safe for the environment,“ said Minister Grabowski. „I expect the first commercial well, that is a well in which the value of produced gas exceeds the expenditure related to the well, to be drilled this year.“ In 2014, at least 30 new shale gas wells are scheduled to be drilled, while 55 have been drilled to date.

The National Operator of Energy Fossil Fuels (Narodowy Operator Kopalin Energetycznych – NOKE) will not be established, but its objectives (the interests of the State Treasury, security and rational deposit management) will be secured by other legislative mechanisms. Polish oil and gas industry is just developing; it is still too early to create a new bureaucratic institution. In some EU countries where similar institutions exist, they were established only after a significant level of production had been achieved and investments had been developed.

The decision to withdraw from the idea of NOKE is supported by a repeated detailed analysis of the current situation in the oil and gas industry and the existing regulatory mechanisms, as well as insufficient data on the existing resources of hydrocarbon deposits in Poland. We do not preclude the possibility of introducing such a solution to the Polish legislation in the future if the current exploration and appraisal works confirm the existence of gas in unconventional deposits of industrial significance.

There will be only one concession – for the exploration and appraisal of hydrocarbon deposits and for the extraction of hydrocarbons from the deposit. This will simplify the process of awarding concessions and reduce bureaucracy. The rights obtained to date by the current concession holders will naturally be preserved.

Entrepreneurs want to have guaranteed security of investments and continuity of their activity. The modification of the suggested concession awarding mode is an incentive for entrepreneurs to carry out exploration works to the greatest extent.

Additionally, the possibility of carrying out geophysical surveys in order to examine geological structures on the basis of a notification has been preserved since it will contribute to increased competition between companies specialising in such surveys.

Strengthening the control rights of geological administration bodies, inspectors of mining offices and environmental protection inspectors is envisaged. This is intended to secure the rights of the State Treasury as the deposits‘ owner. It will be implemented by means of amending the Act on freedom of economic activity. Moreover, the actions of these bodies will be coordinated. The introduction of the so-called open door procedure and granting concessions on request in specific cases set out in the Hydrocarbon Directive.

A procedure of comparing offers at the request of investors – the so-called open door procedure – which is a procedure initiated by an entity, will be introduced next to the ex officio tender procedure. We also envisage granting concessions on request in specific cases, i.e. where the area for which concession is requested is available on a permanent basis, has been the subject of a previous tender procedure which has not resulted in the grant of a concession, or has been relinquished by an entity holding the concession. These solutions take into consideration the suggestions of entrepreneurs aimed at accelerating appraisal works and approximating the production of hydrocarbons.

In the case of a tender procedure, the amount of remuneration for establishing mining usufruct rights will not be taken into consideration during offer evaluation. We also conceded to the request of the industry to recognise the knowledge, experience, technical and financial capacities of business partners of the entity taking part in the tender procedure.

Beneficials for the performance of new concessions

Changes aimed at introducing solutions beneficial to the entrepreneurs do not reduce the speed of works. On the contrary, they enable entrepreneurs to start the production of hydrocarbons after only a part of a deposit has been documented and to carry out exploration and appraisal in the remaining part covered by the concession.

It will be no longer necessary to submit the interpretations of geological data obtained during geological works and the results of examination of geological samples to the state geological services due to the fact that this information is considered intellectual property of the entrepreneur. The time for the submission of current parameters of hydrocarbon production from a deposit has been prolonged from 36 hours to 14 days.

The performance of duties resulting from a concession will be set out according to an annual rather than quarterly schedule suggested to date.

Construction facilities used directly for activities related to the exploration and appraisal of hydrocarbon deposits will not require obtaining a building permit, but will be subject to a notification of the mining supervision authorities.

Source: Ministry of the Environment, Poland 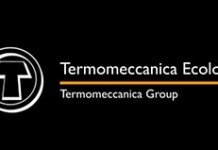