Leeds, UK — Millions of coffee pods are used across the UK, but their waste can only be burned or sent to landfill. The amount of those tiny plastic and foil single-serving capsules are emerging as one of Britain’s biggest environmental headaches, the BigGreen.co.uk company has announced. According to the company, the pod`s convenience is wrapped up in waste throughout the process, a fact of which 95 per cent users are ignorant.

„Coffee pod machines always struck us as the solution to a problem that didn’t exist in the first place,“ says BigGreen.co.uk spokesperson Mark Hall. „It wasn’t as if using a filter coffee machine was that difficult anyway.“ That hasn’t stopped the surge in sales of coffee pods. According to a report in The Grocer trade magazine, UK sale of the capsules were €120 million in the year to August 2014, and are expected to top € 140 million in 2015.

A straw poll by BigGreen.co.uk found:

Coffee pod has taken over

„It seems the coffee pod has taken over,“ says Hall, „and BigGreen.co.uk operators say that general waste from companies is now heaving with used coffee capsules. There’s very little we can do to recycle these things, and they end up either going straight to landfill, or being directed to energy recovery.“ UK landfill sites are fast reaching capacity, with only very limited scope for opening new sites due to complex planning regulations and local opposition.

The paper filter machine is the green alternative

On the other hand, at least glass jars from good old-fashioned instant coffee are readily recycled, while used grounds from filter coffee can be composted. BigGreen.co.uk arguues that everything about coffee pods is convenience at a greater all-round expense.

Coffee pod machines appear to be all about offering a „premium experience“ to the user, usually at a premium price, Mark Hall says, adding: „You need to buy an expensive machine. And then you need to buy the pods that go with it, and they’re usually more expensive per cup than filter coffee. What happens when they stop making the pods for that machine? Another electrical item for the scrap heap, which creates more WEEE.“

BigGreen.co.uk urges both householders and businesses to think carefully before investing in coffee pods. „If you’re the kind of person that cares about the environment, you might want to wait until a green alternative emerges“, says Mark Hall. „And right now, the paper filter machine is that green alternative.“ 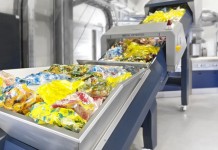 Renovation of the Eiffel Tower: Veolia recycled over 80 percent of the waste

Defra: Total waste from England`s households dropped 1.8 per cent in 2013