Bristol, UK — A three-step chemical process could successfully recover high-purity silicon from recycled photovoltaic (PV) solar panels, new tests show. The scientists behind the research say that recycling not only helps the PV industry meet regulatory requirements, but also reduces pressure on demand for raw materials. Most PV cells are crystalline-silicon cells, and silicon is naturally their main, as well as the most expensive component. The study explored the ability of several chemical methods to recover silicon and metals from old crystalline PV panels.

The scientists gathered waste PV cells which had a silicon content of 97 – 98 per cent. Their aim was to dissolve metals in the cells to leave behind silicon with a purity of 99.99 – 99.999 per cent — what is known as a purity rating of ‚4N‘ to ‚5N‘ (‚N‘ refers to the number of nines in the silicon percentage). 4N – 5N is considered high-purity and is suitable for producing PV cell components.

They placed 1 – 2 cm2 pieces of the cells into in one of four chemicals: hydrochloric acid, sulphuric acid, nitric acid or caustic soda. The tests were conducted at 20 – 40 °C for two hours. Both single-crystal PV cells and poly-crystal PV cells were tested; the poly-crystal cells had slightly higher silicon content.

Nitric acid was the most effective at dissolving metals. It removed nearly all silver from fragments of single-crystal cells after one hour, for example. However, it could only remove up to around 75 per cent of aluminium. Hydrochloric and sulphuric acid were ineffective at removing silver.

When nitric acid treatment was combined with immersion in caustic soda, the researchers found they could extract more aluminium to produce silicon with a purity of 99.98 per cent, i.e. 3N. These two treatments together removed high levels of 14 metals altogether. For example, they removed 99.96 per cent of silver from single-crystal cells, with content falling from 11920 mg per kg of cell to 4.23 mg/kg. Aluminium content from the same cells dropped from 8070 mg/kg to 162.5 mg/kg — a removal of 99.97 per cent.

To produce even purer silicon, the researchers then applied a mixture of calcium oxide, calcium fluoride and silicon dioxide, at a temperature of 1520 °C for 6 hours. This step removed residue metals to leave behind 99.998 per cent silicon, i.e. 4N.

The researchers say these tests show that it is possible to recover silicon from PV panels. Based on these results, they suggest that the best process would be to first place them in nitric acid, then caustic soda, followed by the calcium oxide, calcium fluoride and silicon dioxide mixture at high temperatures.

The study did not consider the costs or environmental impacts of these treatments, but says that the cost-benefit of recycling depends on a range of factors, including collection and sorting. Recycling will become more cost-effective as the volume of waste PV cells grows in coming decades.

In 2011, an estimated 30 GW of PV was installed around the world that year. Annual installation rates look set to continue rising and it has been predicted that PV energy could contribute up to 14 per cent of the world’s electricity needs by 2040.

Source: Science for Environment Policy, University of the West of England 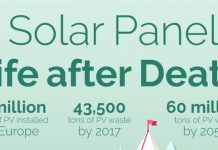 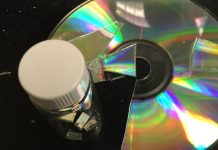 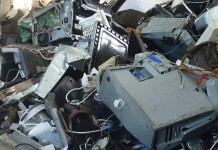