The new requirements are detailed in the EU ship recycling regulation (1257/2013). The EU Regulation imposes an obligation on ship recycling facilities wishing to undertake recycling activities on ships that exceed 500 gross tonnes and flying the flag of an EU Member State to be authorised by the competent authorities of Member States.

The consultation document was issued by e-mail to thirty three relevant stakeholders and was placed on the Gov.UK website.It was closed to 20 January 2015. Defra received one response to the public consultation. This came from a UK ship recycling facility, Harland and Wolff Heavy Industries Ltd, and mostly agreed with the proposed approach.

Prior to formal consultation, Defra wrote to all of the UK ship recycling facilities that are either currently operational and hold the appropriate permits and approvals, or that have previously been involved in ship recycling activities, to make them aware of the new EU Ship Recycling Regulation and to discuss compliance with its requirements. Five facilities responded but only three, including the respondent to the consultation, indicated a wish to become authorised. No other facilities have come forward in response to the public consultation.

The summary of responses and government response can be downloaded from gov.uk. 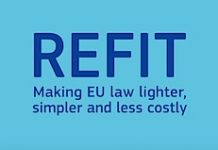 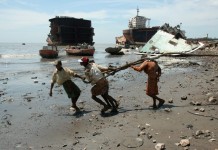